Home Politics Congress's thinking camp will start from Udaipur, with the first rays of...
PoliticsTop Stories 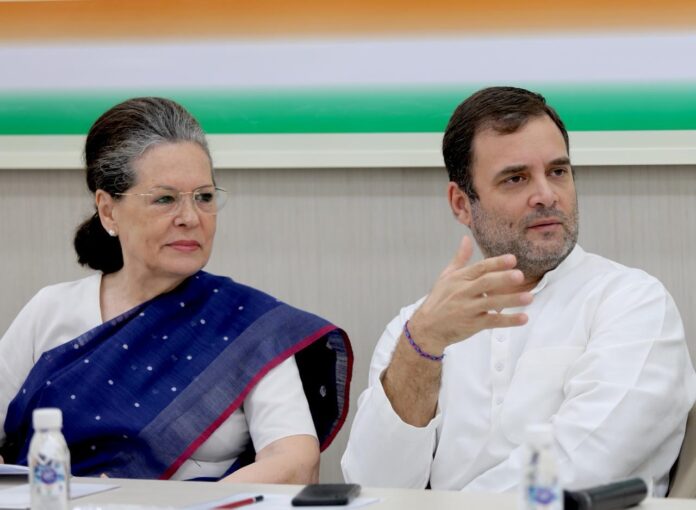 Udaipur| Congress’s Navsankalp Chintan Shivir will run for the next three days in Udaipur, the city of lakes. To participate in this, Rahul Gandhi has reached Udaipur by train from Delhi, while Congress President Sonia Gandhi will reach by special airplane. All the strategies regarding the upcoming assembly and Lok Sabha elections, how to take the party forward and strengthen the party by cultivating the disgruntled leaders of the party will be brainstormed. 400 to 450 leaders and office bearers of Congress have reached for the camp and are ready for brainstorming.

Chintan Shivir will start at 2 pm, first, the speech of State President Govind Singh Dotasra and Sonia Gandhi will be welcomed, while the camp will start after Sonia Gandhi’s address. In the Chintin camp, six committees formed to brainstorm on various issues will meet in different closed rooms, about 70 leaders will be involved in each committee.

The thinkers who have been invited in the Chintan Shivir, they will brainstorm on this primary study in different groups for three consecutive days in different sessions and groups, and the conclusion of this comprehensive brainstorming will be kept in front of the Congress President and Then it will be finalized by placing it in the Congress Working Committee. Whatever conclusion will come, it will not only give a new direction to the Congress to overcome the present challenging circumstances but will also pave the way for the glorious future of India.

At the same time, there are speculations that the top Congress leaders will also consider bringing new faces to the leadership level and fixing an age limit for party leaders to hold positions in the organization and contest elections at all levels. Yes, it can also be considered.

Apart from this, serious consideration can also be given to fixing the limit of one term for Rajya Sabha members. The idea will be part of an effort to give the party a ‘young look’.

In fact, Rahul Gandhi was made the Congress vice-president in the 2013 Chintan Shivir in Jaipur, so this time it is also believed that his president’s post will also be discussed and from here he will be re-elected once again before the 2024 Lok Sabha elections. There is a possibility of being given the responsibility of the post of chairman.

Earlier in 2017 when Rahul Gandhi took over as Congress President, Congress had won three states, Rajasthan, Madhya Pradesh, and Chhattisgarh and also formed a coalition government in Karnataka.

Although Congress is trying to overcome the shortcomings of the party through this camp on one hand and move towards becoming a strong opposition again, but everything is not looking well before the camp. Posters and hoardings of Congress leader and former Deputy Chief Minister of Rajasthan Sachin Pilot put up in Udaipur have been removed ahead of the party’s Chintan Shivar in the city.

Hoardings and posters were put up by Pilot’s supporters at hotels, airports and other areas of Udaipur to welcome him.

When Congress’s Rajasthan unit president Govind Singh Dotasra was asked to reply on this issue, he said, “AICC is looking after all the work related to Chintan Shivir.” Nothing like this is happening in this regard. To the best of my knowledge, and I have not been given any direction in this regard.