India should not convince Pakistan on the Ram temple Bhumi Pujan 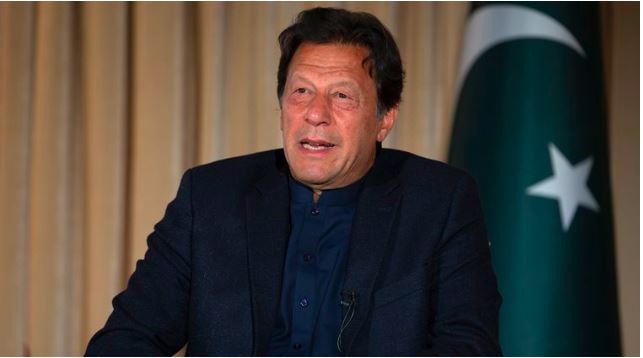 The foundation stone of the grand Ram temple has been laid after the Bhumi Pujan for the Ram temple. In such a situation, Pakistan has once again reiterated its nefarious act on every activity happening in India. Pakistan commented on the Ram temple. After which, on Thursday, the Foreign Ministry showed him a mirror and described his comments as regrettable.

On the comment made on the construction of Ram temple in Pakistan, the Ministry of External Affairs said, ‘We have seen the statement of the Islamic Republic of Pakistan in the internal matter of India. He should refrain from interfering in India’s affairs and fomenting communalism. ‘

Foreign Ministry spokesman Anurag Shrivastava said, “This stance of a country involved in cross-border terrorism is not surprising.” He deprives his own minorities of their religious rights. His comments like these are extremely regrettable. He also asked Pakistan to abstain from interfering in India’s affairs.

Imran’s minister’s statement
Significantly, Pakistan on Wednesday criticized the Bhumi pujan and foundation stone of Ram temple. In his statements, Railway Minister Sheikh Rashid, who has always been in controversies, had criticized the Modi government and denounced it as communal. Rashid said India has now become Ram Nagar. There is no secularism there.

Although this is not the first time that Rashid made an absurd statement, even before the Supreme Court verdict in the Ayodhya case, Rashid said that Hinduist forces have now come to dominate India.

In a statement on Tuesday, Sheikh Rashid raised questions on secularism in India. Imran’s minister said, ‘India has now transformed into Ram Nagar. Their communalism is increasing and secularism is coming to an end. Frankly speaking, India is no longer secular. Minorities are facing problems there. India is now converted into Shriram’s Hindutva.

Facebook
Twitter
Pinterest
WhatsApp
Previous articleHave Modi and Shah changed their perspective on Jammu and Kashmir, read the story of changing the Lieutenant Governor!
Next articleRisk of another infection increased: infection now spreading from red onions, spread in 34 US states
Pooja Singh

WhatsApp brought message-deleting tool, the limit will be 7 days