EU, UK set a deadline for a deal 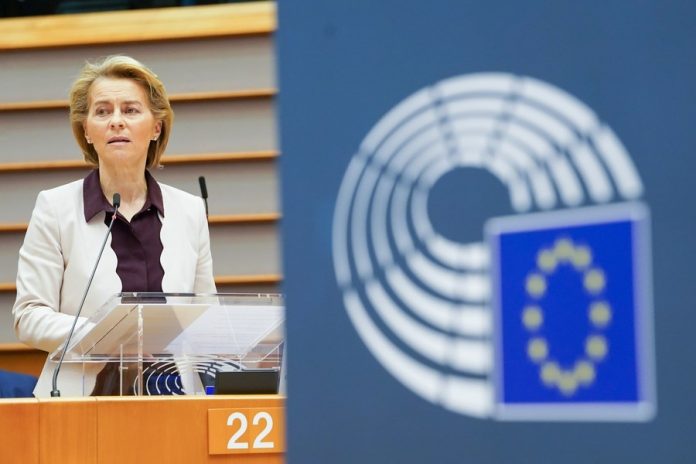 LONDON | The European Union (EU) and the UK will decide on a post-Brexit trade deal in the coming days. After a meeting with Boris Johnson in Brussels, the Commission of the European Commission, Usurla von der Leyen, tweeted this information. Layan said that we had an interesting discussion about all the important issues.

Xinhua reported that they renegotiated the European Union and UK teams and asked them to immediately clear the blockages. British media reported late on Wednesday that Johnson and von der Leyen wanted the trade deal after Brexit to end without any rift.

Sky News quoted a source in Downing Street as saying that significant hurdles were discussed openly. However, these barriers are still there and it is not clear how to eliminate them.

Johnson and von der Leyen have agreed that their teams will continue discussions in the coming days. The Prime Minister has said that he does not want to leave any way in which this deal has not been tested. Both leaders have agreed that a concrete decision regarding the future of the talks should be taken by Sunday.

Johnson and von der Leyen spoke on the telephone on Monday to remove the deadlock in trade negotiations after Brexit, their second phone call in 48 hours. He then stated in a joint statement that the terms of the finalization of the trade agreement do not relate to differences on 3 important issues, including fisheries, governance.

Explain that this is the crucial time before the end of the Brexit transition period when the trade talks between the two sides are in the final stages. If this is not done by the deadline, this bilateral trade will have to follow the rules of the World Trade Organization (WTO).

Love Story of Debajyoti from Orissa India & Kari Crawford from Florida USA: Today we got this wonderful opportunity to interact with Ms. Kari...
Read more
World