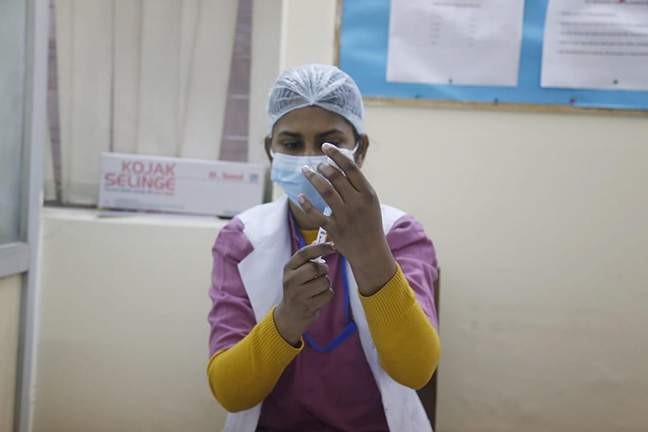 New Delhi | Union Minister Prakash Javadekar on Wednesday announced the third phase of vaccination against the Kovid-19 epidemic from March 1, saying that people over 60 years of age and those above 45 years of age will be given free immunization in government hospitals. After the Union Cabinet meeting chaired by Prime Minister Narendra Modi, Javadekar announced on January 16 to start the third phase of the world’s largest immunization campaign to begin in India.

Addressing a press conference, Javadekar said that people above 60 years and above 45 years of age will be vaccinated from March 1 at 10,000 government centers and more than 20,000 private immunization centers.

The minister said that the vaccine will be given free of cost at government centers. He further said that private centers will charge for vaccination and the rate for this will be fixed in the next three or four days.

He said that the Union Ministry of Health is negotiating with vaccine manufacturers and private hospitals to fix the fee for the vaccination of citizens. So far, 1.14 crore people have been vaccinated by Kovid across the country.

The vaccination campaign for healthcare workers and frontline workers was launched on 16 January.

The drug regulator of India on January 3 approved the Oxford Kovid-19 Vaccine Covishield, manufactured by the Pune-based Serum Institute, and the indigenously developed Kovaxin of Bharat Biotech for emergency use.

In the last week, more than 1.1 million people have been vaccinated by Kovid amid reports of an increase in Kovid cases.