Home Corona If the infection is stopped in 10 states, the country will win...
CoronaNational

If the infection is stopped in 10 states, the country will win the war with Corona: PM Modi 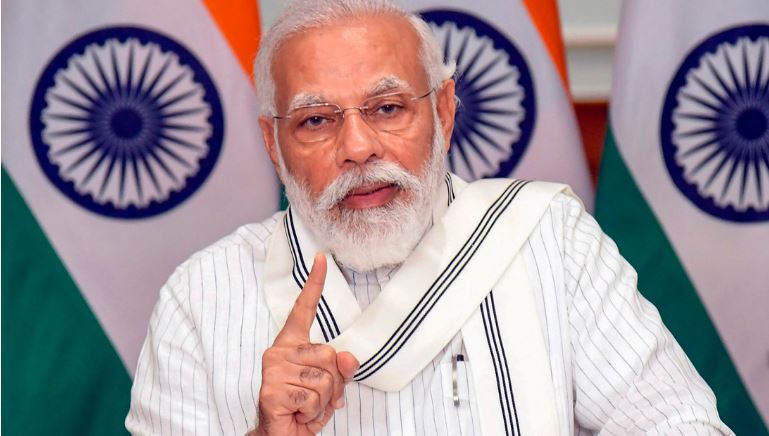 Prime Minister Narendra Modi on Tuesday discussed with the Chief Ministers of 10 states the current status of the corona virus epidemic. Defense Minister Rajnath Singh is also present in the meeting. Please tell that since the Corona epidemic has entered India, this is the seventh meeting of the Prime Minister with the states.

The meeting, which began via video conference, included the chief ministers of Andhra Pradesh, Karnataka, Tamil Nadu, West Bengal, Maharashtra, Punjab, Bihar, Gujarat, Telangana, and Uttar Pradesh. This meeting is important because all these states are of high population density and have a large number of corona infected people.

In this meeting, Prime Minister Modi said that all the states are fighting a war against challenging conditions arising out of Covid-19. The role of every state is very important to control this epidemic, it is important for everyone to fight Corona. He said that we will now have to work on an investigation, strategy to increase the recovery rate.

The country in the right direction in battle with Corona

The Prime Minister said that the war against Corona is in the right direction. A strategy around 72 hours would have to be worked out to control the spread of the corona. He said that the detection of infection in 72 hours is necessary. The Prime Minister said that 80 percent of the country’s active cases are in 10 states, by defeating Corona in these states, the country will win this war.

The Prime Minister said that in states where coronas have a low test rate and where the positivity rate is high, the need to increase the efficiency of investigation has emerged. Especially in Bihar, Gujarat, Uttar Pradesh, West Bengal, and Telangana, this review has given special emphasis on increasing investigation.

Need to increase the speed of the investigation

During this time the Prime Minister has talked about the requirements to deal with the corona virus. He said, ‘Our experience so far is that containers, contact tracing, and surveillance are the most effective weapons against Corona. Now the public is also understanding this, people are cooperating. ‘

The Prime Minister said that the number of investigations has reached seven lakhs every day and is increasing continuously. This is helping to identify and prevent infection, which we are seeing today. The average death rate in us was much lower than the world before, it is a matter of satisfaction that it is continuously decreasing.

There has been a decrease in the number of patients exposed to Corona virus infection in a single day in the country and the figure stood at 53,601 on Tuesday. More than 60,000 new cases were being reported in the country for the last four days.

Delhi government announced the reopening of schools for classes 9th and 11th from February 5th, so that the students can be given counselling and...