Home Crime 'Idi Amin' is the world's most cruel dictator, He loved eating the...
CrimeJanmat Samachar

‘Idi Amin’ is the world’s most cruel dictator, He loved eating the meat of human beings and drank his enemy blood 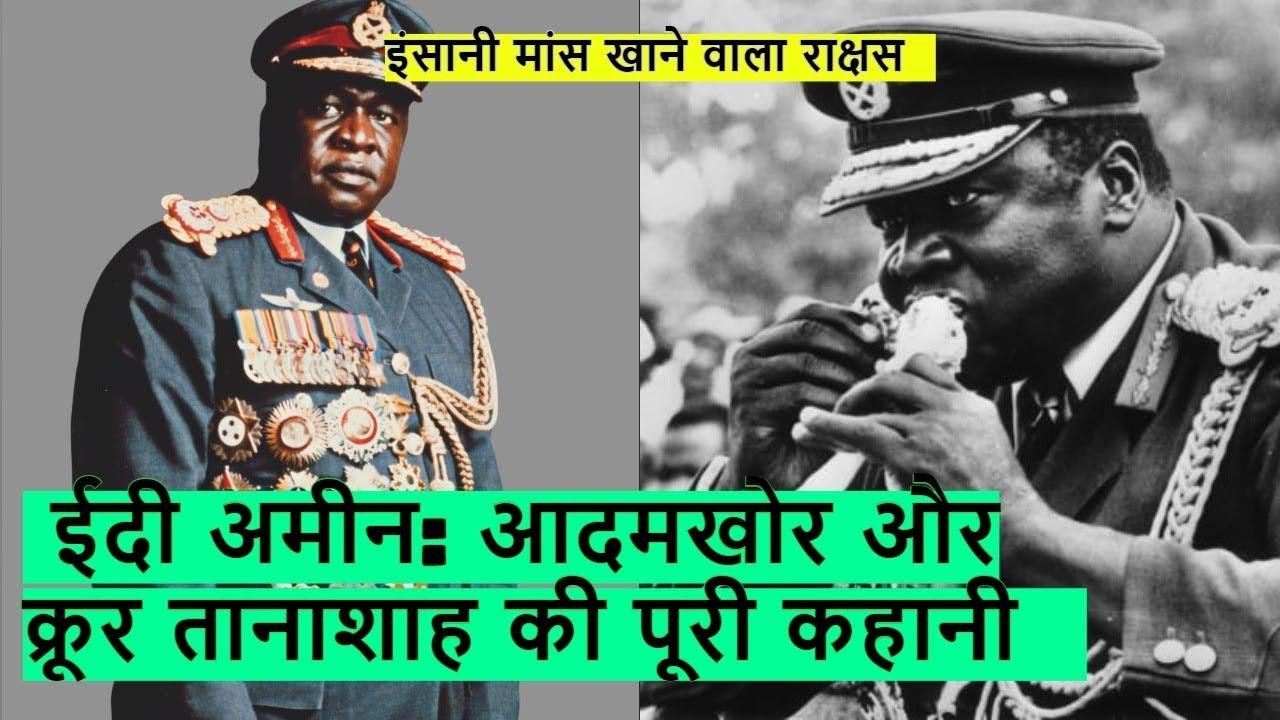 It is said that Idi used to hate Asian people. He had taken out all the asians from his country

He chopped the head of his girlfriend’s and ate their flesh, Also he is known as Butcher of Uganda

Uganda: Many such dictators , You have heard the name of many such dictators including Hitler and also read about them. But we are going to tell you about a dictator of Uganda, whose brutality does not even be good dictators. It is said that Idi dictator married at least 6 women. Most people believe that there were 30 to 45 children.  

6 feet 4 inches long and 135 kg of dictator Idi Amin Idi’s birth year was in 1925, but no one knows the date of birth. His rule started at the age when he was just 8 years old, but in such a time, he shifted all the limits of cruelty. During the reign of Idi, many things like misuse of human rights, political suppression, ethnic harassment, illegal murders, bias, corruption and gross economic mismanagement.

International observers and human rights groups are estimated that 1,00,000 to 5,00,000 people were killed in his rule.   It is said that Idi used to hate Asian people. He had taken out all the asians from his country with this argument that Allah had told him that he immediately out of the country out of the country. According to other media reports, there were so many love relations of Amin that it is difficult to count. It is said that at one time, he used to be at least 30 women who spread across Uganda. These women used to work as nurses in most hotels, offices and hospitals.

Henry Kegoba, who was a health minister in the rule of Idi Amin, was written a book ‘A State of Blood: The Inside Story of Idi Amin. In this book, he has spent the creature of Amin. He has written that once Amin went to the hospital’s morgue, where his bodies were kept. He did not see what he did with those bodies, but some Ugandavas believe that he drank his enemy, as the practice in the Kakwa tribe.

Amin came from Kakwa tribe. In his book, Keybaba has written that many times Amin was in front of the President and other people that he had eaten the flesh of humans. The book is written that ‘I remember that in August 1975, when Amin was telling some senior officials about his goal journey, he said that he was served to the monkey that was not good than human beings. During the fight, it often happens that your fellow soldier gets injured. In such a way, you can avoid hunger by killing him.

‘ According to the other media report, Madanjit Singh, who was higher in Uganda in Uganda at the time of Amin, has written in his book ‘Culture of the Seaplarkare’ that a room in Amin’s old home command post was always closed. In that only Amin’s old servant Mozage was allowed to go to Aloga and that too to clean it. Once Amin’s fifth wife BB Sarah Kyalba was forced to go to that room. She saw that there were two refrigerators in the room. When she opened a refrigerator, she screamed unconscious. In it, one of his ex-lovers was kept with her chopped head. It is said that Amin had cut the head of many more women.

New Delhi: Vaccination of employees of Connaught Place Market before the market opens