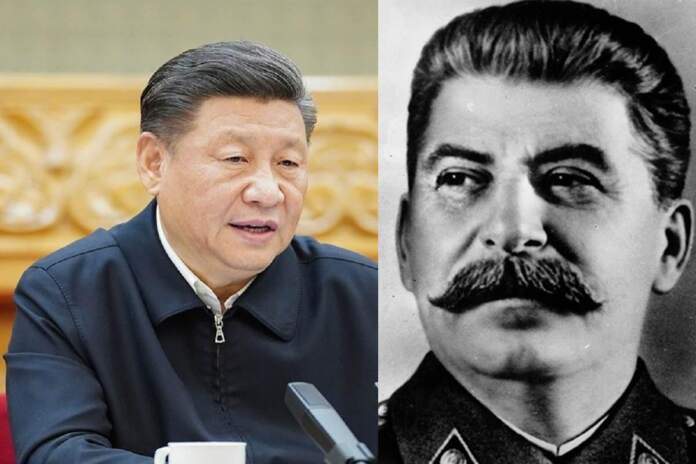 US National Security Advisor Robert O’Brien launched the Trump administration’s fiercest attack on the Chinese government on Friday. He compared President Xi Jinping to Russia’s ruthless Russian dictator Joseph Stalin, whose policies led to the killing of millions of people. He also warned that the Chinese Communist Party is trying to take advantage of Americans through propaganda. China has collected the “most intimate data” of Americans through large companies, who invested heavily and even pressured Hollywood to self-censorship.

Robert O’Brien, who has consistently described US governments’ foreign policy as the “biggest mistake” toward Beijing since the 1930s. He said that China was attempting to control the minds of people living beyond its borders. The Communist Party, he said, was using trade to enforce its decrees.

However, NSA Robert O’Brien has openly spoken about the Chinese Communist Party’s entry into the US. His Indian counterpart Ajit Doval, who heads the Delhi-based think tank Vivekananda International Foundation, wrote a paper on the PLA’s intelligence penetration in “enemy countries”. Doval, in his paper, explained the structure of People’s Liberation Army intelligence and the use of propaganda as a tool in democratic countries, a testament to which the world now recognizes in the United States, Australia, Canada and Brazil.

O’Brien said the Trump administration had begun taking corrective steps and outlined six steps the administration had taken to curb Chinese influence in the US. But he pointed out that this was just the beginning. In his address to a group of people in Phoenix, Arizona, O’Brien underlined that there really was no difference between the power of the mega Chinese firms and the Communist Party in Beijing.

See More: Do India needs to teach China a lesson or not?

According to a White House transcript, he said – the Chinese Communist Party wants complete control over people’s lives. It means economic control, it means political control, it means physical control and, perhaps most importantly, it means control of ideas. O’Brien quoted an analysis by an Australian official that the Classical Chinese Statescraft had two tools for gaining and maintaining control: the first is ‘woo’, weapons and violence and the other is ‘wen’, language and culture. . Chinese leaders have always believed that power arises from controlling both the battlefield and the cultural arena.

Samsung engaged in the expansion of 7th generation chip

CM Kejriwal inaugurates 200-bedded hospital, with oxygen supply available with each of them