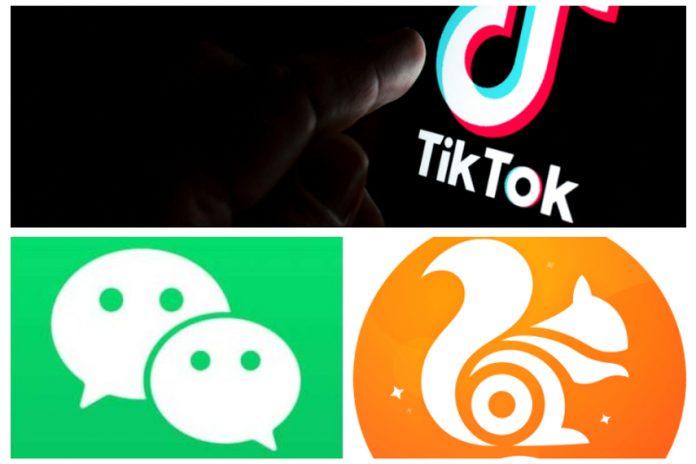 New Delhi: Indian Government has ban TikTok, Shareit, UC Browser including 59
Chinese apps and will be blocked as reported by Defence Of India. In a statement this evening, the government said the apps were blocked “in view of information available they are engaged in activities which is prejudicial to sovereignty and integrity of India, defence of India, security of state and public order”.

The move comes a day after Prime Minister Narendra Modi said India has given a “befitting response” to China. He also spoke of the countrywide call for boycott of Chinese goods
The Modi government shows its tremendous resolve and dexterity of engaging China on multiple fronts and hitting China where it hurts the most,” said a party source. Shareit and uc browser is a major ban by govt of India.

“This is India’s first salvo to China after the border clashes, showing that India has a diverse range of retaliatory options,” he added.

Experts suggest this is a major blow to China’s Digital Silk Route ambitions, eroding millions of dollars from valuation of its companies.

See More: Do India needs to teach China a lesson or not?

This move came amid tension with China following the June 15 clashes at Ladakh in which 20 Indian soldiers died in action and more than 70 were injured.

The Indian Cyber Crime Coordination Centre, Ministry of Home Affairs has also sent an exhaustive recommendation for blocking these apps. This Ministry has also received many representations raising concerns from citizens regarding security of data and risk to privacy relating to operation of certain apps.

Sources said inputs from intelligence agencies suggested that the apps have been violating the terms of usage, compromising users privacy, and being used as spyware or malware. Within minutes of the announcement, the Indian government’s TikTok account MyGov, which had 1.1 million followers, was disabled.

Vikas Dubey,History sheeter, who carried out the killing of eight policemen in Kanpur, Uttar Pradesh, had a deep connection with the world of crime....
Read more
Crime

(Purnika Nagpal) Rajesh Orang was the eldest of three siblings and joined the army in 2015.His mother was waiting for his son to come...
Read more

American singer Callie Shor in the grip of Coronavirus, told- this is very dangerous and painful

Corona virus has spread across the world. From ordinary people to the biggest celebs are getting caught in it. The corona virus...
Read more