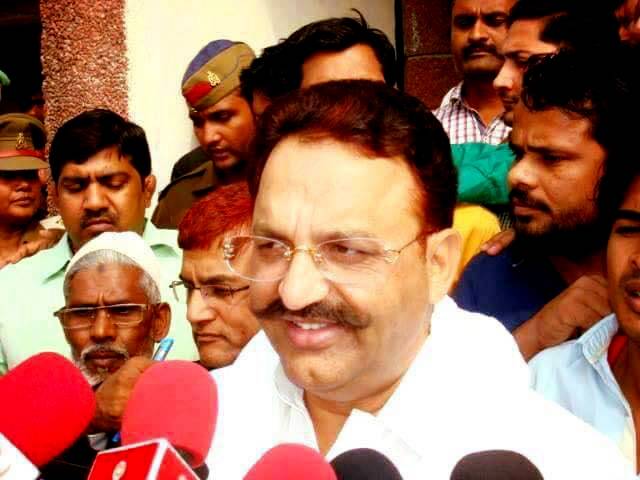 New Delhi| Afshan Ansari, wife of gangster-turned-BSP MLA Mukhtar Ansari, pleaded to the Supreme Court for protection of her husband while being shifted from Rupnagar Jail to Banda District Jail in Uttar Pradesh.

Following the Supreme Court’s directive on 26 March, Mukhtar Ansari is being moved from Punjab Jail to Uttar Pradesh Jail on Tuesday. He was jailed in Punjab in January 2019 in an alleged extortion case.

Afshan Ansari, in his petition, sought guidelines from government officials to ensure that her husband’s life is safe and that her rights are protected under Article 21 of the Constitution during the trial hearing in all cases in Uttar Pradesh.

He says that the life of the husband of the petitioner is constantly in danger while being physically involved in the trial in Uttar Pradesh. In such a situation, it is most important that when he is transferred from one jail to another or appears before the court in Uttar Pradesh, then complete legal proceedings should take place. The petition states that videography should be done in the presence of central forces like the Central Reserve Police Force / Border Security Force.

The petitioner claimed that the threat to her husband’s life is not only an apprehension but has also been confirmed in the past by several attempts made on her life in Uttar Pradesh.

Ansari’s wife claimed that there is every possibility that her life could be threatened if many efforts were not made to protect her life.

Ansari’s wife cited several incidents when her husband was attacked, even though she had been in judicial custody since 25 October 2005. The petitioner submitted that despite being in jail many gangsters who have become very influential may decide to kill their husbands.

On March 26, a bench headed by Justice Ashok Bhushan directed that Ansari be handed over to Uttar Pradesh within two weeks, and then be kept in Banda jail. The apex court, while allowing the Article 32 petition of the Uttar Pradesh government, asked Ansari to be shifted from Punjab to Uttar Pradesh jail.

The UP government had said that more than 30 FIRs and 14 criminal prosecutions, including heinous crimes of murder, are pending against Mukhtar Ansari in various courts where the need for his personal appearance is felt.

Facebook
Twitter
Pinterest
WhatsApp
Previous articleNight curfew in Delhi: how to get e-pass
Next articleImportant announcement of Delhi Metro after night curfew in Delhi, only those who follow government orders will be able to travel
Team Janmat Samachar

Kejriwal spoke to the Home Minister, asked for help