Over 25,000 saplings of trees and shrubs planted during Massive Tree Plantation Drive in New Delhi area. 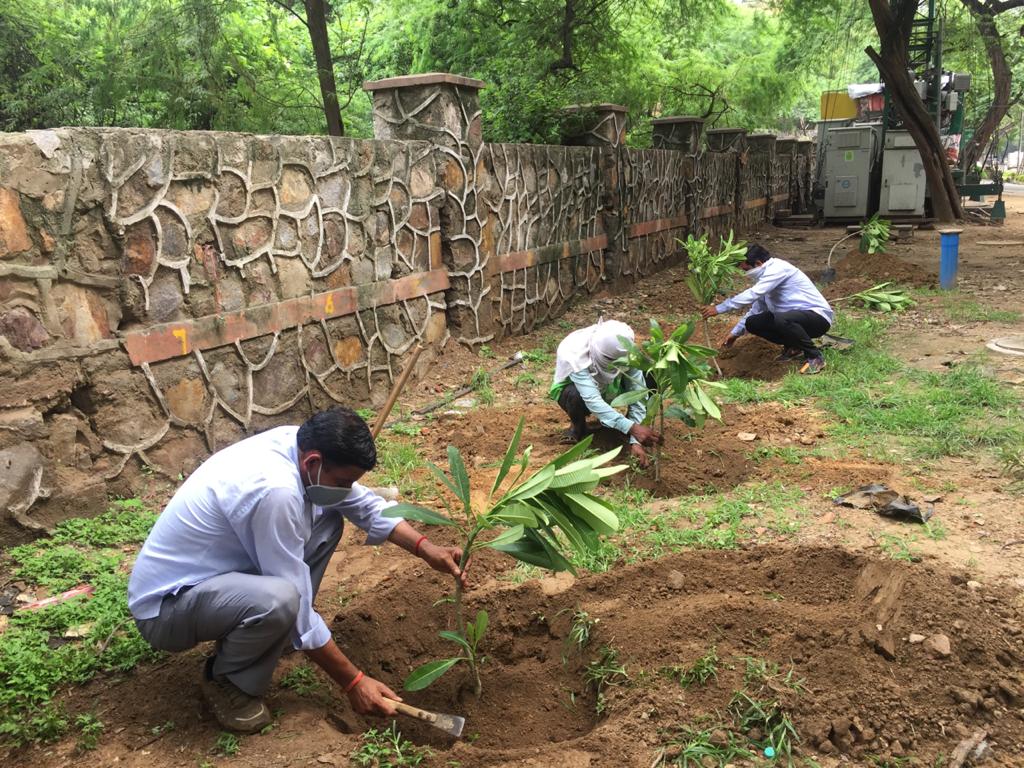 New Delhi:In the current monsoon seasons with the aim of enhancing the green cover of New Delhi area as well as boosting the immunity of public at large by sapling of herbal medicinal plantation in view of covid19 pandemic, New Delhi Municipal Council (NDMC) green team under the third consecutive Massive Tree Plantation Drive in the month have been planted as many as 1659 trees and 24102 shrubs.

The plantation drive is in full of its swing in which thousand of shrubs and ground cover at nearby parks, gardens, main roads, surrounding areas and residential colonies had been planted in 14 circles of New Delhi area.

The medicinal plants like tulsi, amla, aloe vera, neem and giloy are also the specific part of this tree plantation drive in this year by NDMC.

NDMC have a target of 5116 trees and 1,50,676 shrubs plantation of various species of timber trees as well as herbal medicinal plants for immunity boosting in the time of covid19 pandemic.

NDMC also included the Fruit bearing trees like Jamun, Chiku, Nimboo and Anaar are being planted in its gardens, along circular roads and in residential colonies parks in the plantation drive.

Besides this 1.50 Lakh shrubs ground covers will be developed during this monsoon season in New Delhi area.

The avenues trees in certain stretches in New Delhi area are getting aged therefore, a special drive has been made to ensure the plantation, so that the avenue trees might be retained.

During the last Five monsoon season the NDMC had planted over 10 lakhs tree including shrubs and more than 25 lakh ground cover in the NDMC area.

Once upon a time, Delhi was known as Garden City but the Green area of Delhi had faced the concretization due to increasing urbanization.With the sustained efforts made by the team NDMC, the green cover of New Delhi area had been enhanced from 46 to 50 percent during the last Five years

However, it is a matter of pride that the New Delhi area is one of the greenest areas of the Capital city, having over 50 percent green cover and the survival rate of the sapling planted during the last few years average is an more than 65% percent overall.

43 ministers of Mamta sworn in