Home Top Stories Passenger aircraft dropped into the sea near Jakarta, 62 people were aboard
Top Stories 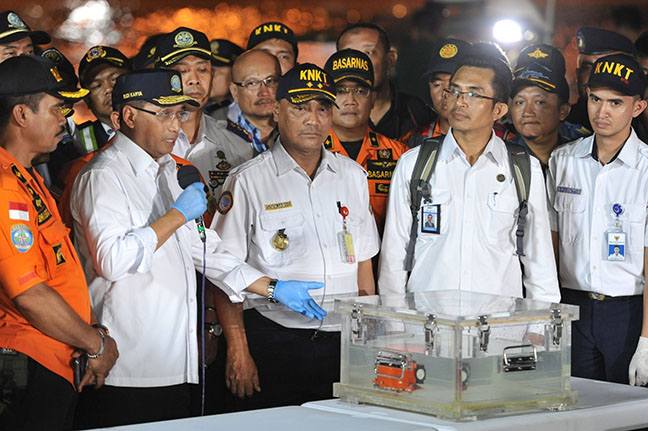 JAKARTA | Indonesian Transport Minister Budi Karaya Sumari has confirmed the crash of Indonesian Airlines Boeing 737-500 aircraft. There were 62 people on board this aircraft. According to the report of the news agency Xinhua, in the virtual press conference held on Saturday evening, the minister said that Srivijay Air Flight SJ-182 going from Jakarta to Pontianak city of West Kalimantan province has crashed in the waters of Seribu district, north of Jakarta. The plane is believed to have crashed near Laki and Lankang Islands in the district.

The aircraft took off from Jokarta’s Soekarno-Hatta International Airport at 2.36 pm (local time) and lost contact with the air traffic controller 4 minutes later.

Search and rescue operations were difficult due to bad weather. The wreckage of human body parts and aircraft from Indonesia’s National Search and Rescue Agency (Basaranas) has been found.

Sumari has said that President Joko Widodo has directed the rescuers to carry out search and rescue work with full force.

At the same time, spokesman of the agency Yusuf Latif has said that about 100 rescuers were on the spot. The Transport Ministry has started an investigation into the plane crash.

Sumadi said that there were 50 passengers in the aircraft. These include 7 children and 3 infants. There were 12 crew members.

Earlier on October 29, 2018, all 189 people were killed shortly after Lion Air’s Boeing 737 Max aircraft took off from Jakarta. In December 2014, an AirAsia aircraft crashed into the sea while traveling to Surabaya, Indonesia’s second largest city, killing all 162 people on board.