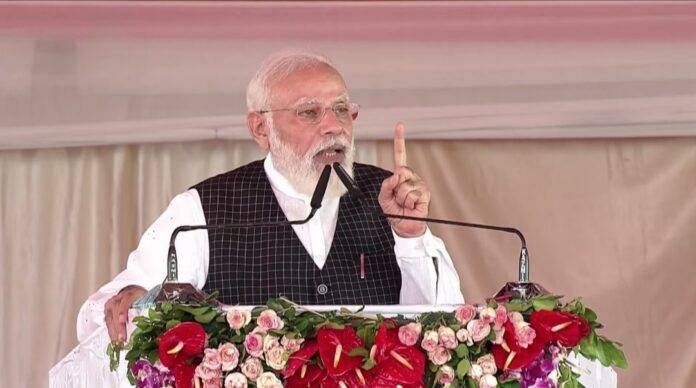 Lucknow| Prime Minister Narendra Modi will inaugurate the 341 km long Poorvanchal Expressway on Tuesday. Along with the development of industries, educational and health institutions, new avenues of employment will also open in the areas adjacent to the Purvanchal Expressway connecting nine districts of the state. In view of the program, Chief Minister Yogi Adityanath took stock of the venue along with the officials on Monday. He instructed the officials regarding the installation of cameras on the airstrip. In view of the program, officials of the government, administration, army and police are standing on the spot.

Avneesh Awasthi, CEO, UP Expressways Industrial Development Authority (UPEDA) said that there will be an air show at the public meeting.

He said that free land would be given for the installation of expressway battery charging. Helipads will be made near every police post.

A total of 11 aircraft will show their might in the air show at Arvalkiri Karwat airstrip near Sultanpur Expressway. These include Sukhoi, 30-C130J, Mirage, Jaguar, and Hercules.

Awasthi informed that industrial corridors will be built on both sides of the expressway. Various types of industries will be established here. Local traders, small traders, etc. will also benefit from better logistics facilities. At the same time, the distance of Lucknow and Delhi has reduced from the small districts of Purvanchal. The journey of ten hours can be covered in just three and a half to four hours. He told that this expressway is up to the border of Bihar, so its benefit will also be available directly to the border districts of Bihar. Claimed that this expressway would prove to be the backbone for the development of Purvanchal.