Home Corona Punjab has been given more Remdesivir than Assam, UP: Union Minister
CoronaNational

Punjab has been given more Remdesivir than Assam, UP: Union Minister 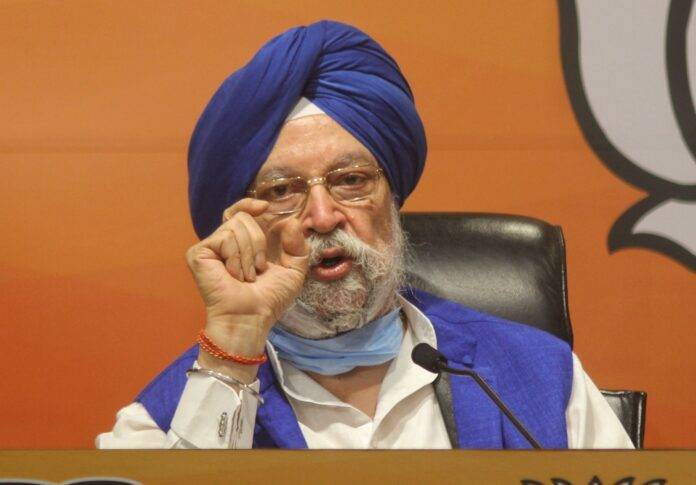 New Delhi | Accusing the Congress government of profiteering by selling the Kovid vaccine to private hospitals, Union Minister Hardeep Singh Puri said on Friday that an additional 41 oxygen plants have been sanctioned for Punjab under PM-CARES. He also claimed that Punjab was given more Remdesivir than Assam and Uttar Pradesh by the central government.

Addressing a press conference at the BJP’s national headquarters, Puri said the Prime Minister has done many things for Punjab in the true spirit of cooperative federalism.

Puri further said, “41 oxygen plants have been approved in addition to the 13 already approved under PM-CARES for Punjab.”

Responding to the opposition-ruled state’s allegation of not getting a fair share in the medicine or vaccine procured by the Centre, Puri said, “Analysis of three states shows that Punjab has got a better share per thousand population than Assam and Uttar Pradesh. A higher number of remdesivir has been allocated.”

He listed a series of works done by the Modi government for Punjab and said, “Prime Minister Narendra Modi personally and his government is doing a lot for all the states including Punjab.”

On profiteering from the vaccine, Puri said, “The Punjab government had said that they had bought 4.29 lakh doses of Covishield for Rs 13.25 crore, with an average price of Rs 309 per dose. They also bought 1,14,190 doses of Covaccine for Rs 4.7 crore. which has an average per dose of Rs 412. He sold the vaccines to private hospitals at a profit of Rs 750 per dose.”

Puri claimed that there was no consensus among Congress leaders on profiteering by selling vaccines to private hospitals. “The Congress leaders are not unanimous. Some of them feel that profiteering on medicines supplied from the Center is legal. The health minister of the Punjab government has absolved himself of all responsibility for the scam,” Puri said.

Kriti Sanon turns 30! Here’s what happened on her birthday