Rajasthan: 16 prisoners escaped by putting chilli powder in the eyes of jail staff 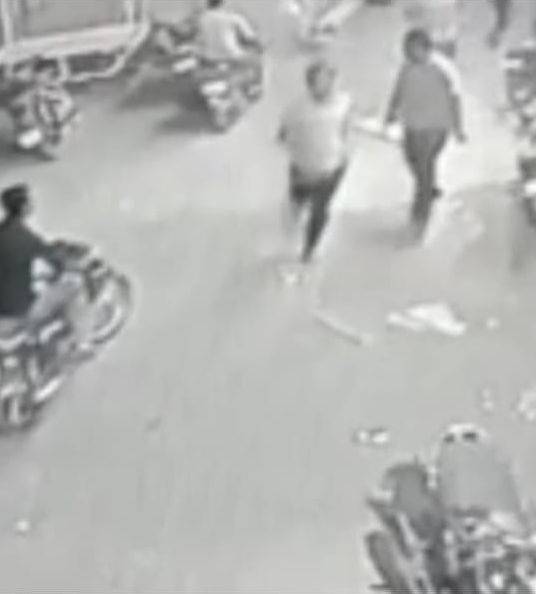 Jaipur | Like a Bollywood film, 16 inmates in Phalodi Jail of Jodhpur district of Rajasthan fled with chilli powder in the eyes of the jail staff. After escaping from the jail, the absconding prisoners used a Scorpio parked outside the prison premises. DG Jail Rajiv Dasot, who reached Phalodi Jail, said 4 people of the staff have been suspended with immediate effect and deputy IG Surendra Singh Shekhawat has been given the responsibility of conducting the investigation.

Meanwhile, police officials told that after the incident, barricades have been laid on the roads leading to nearby districts including Barmer, Bikaner, Jaisalmer and Nagaur. However, till the time of writing this news, there was no clue of the prisoners.

Police sources said that the escaped prisoners were smugglers and were well acquainted with the countryside. It is feared that they may have migrated to rural areas.

Let it be said that this is the second major case of jail escape in the state. Earlier in February 2010, 23 prisoners had escaped from Chittorgarh district jail.

While examining the CCTV footage in Phalodi jail, the officials said that it seems that the plan to escape from the jail was very carefully planned. The police is also interrogating the guards posted in the jail. Simultaneously, CCTV footage of the road leading to the jail is also being investigated. Footage showed that they often roamed the open space next to the barracks during the day.

While escaping from the prison, the prisoners pushed the constable who opened the first gate. They then went to the caretaker and the guard standing near him, throwing solutions washing chili and vegetables into his eyes. They then pushed the female guard aside and escaped.

Jodhpur MP and Union Minister Gajendra Singh Shekhawat criticized the state government over the prisoners’ escape, saying, “The way law and order in the state is deteriorating, the security in the jails is also weakening. Thankfully the government “It does not have the responsibility to control the borders associated with our neighboring countries. Otherwise, the Rajasthan government would have topped the world even if it failed.”

Please tell that Rajasthan Police recently started Operation Flush Out in which phones and SIM cards were seized from the prisoners. Also, more than 100 police officers were suspended due to their alleged close association with the prisoners.

Facebook
Twitter
Pinterest
WhatsApp
Previous articleNight Curfew from 10 pm to 5 am in Delhi till 30 April
Next articleNight curfew in Delhi: how to get e-pass
Team Janmat Samachar

Surabhi Jyoti is enjoying in the Maldives