Former Bihar CM Lalu Yadav gets bail, may come out of jail soon 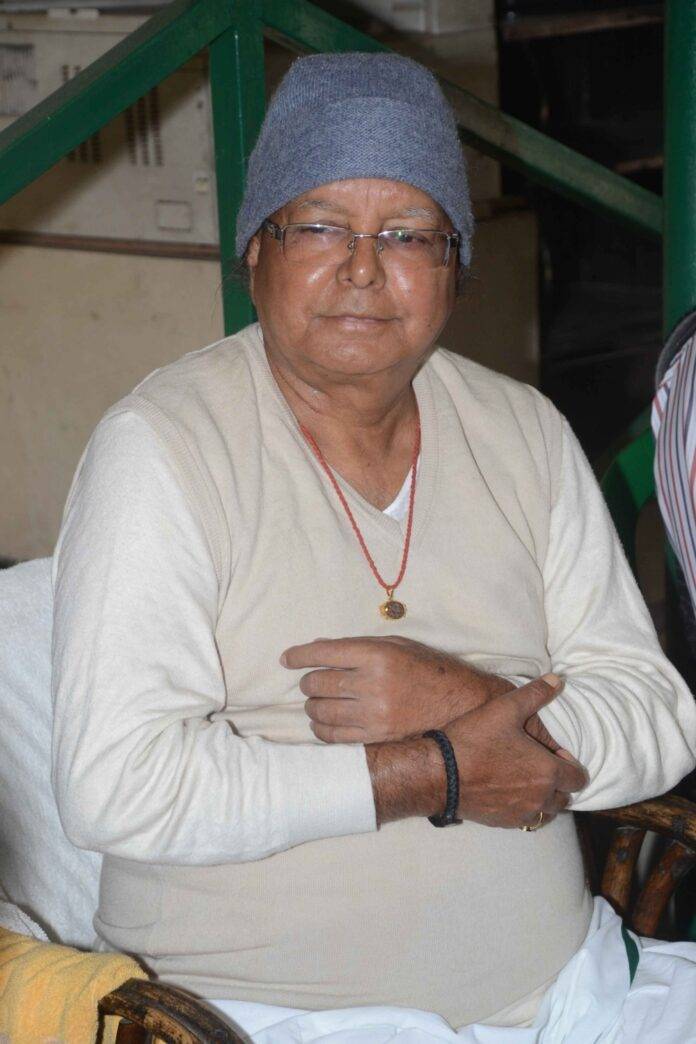 Former Bihar CM Lalu Yadav gets bail, may come out of ja Former Bihar Chief Minister Lalu Prasad Yadav may come out of jail soon. He was granted bail by the Jharkhand High Court in a case related to the well-known fodder scam. The case relates to the illegal withdrawal of Rs 3.5 crore from the Dumka treasury. Justice Aparesh Kumar Singh granted bail to the Rashtriya Janata Dal (RJD) leader during the hearing on Saturday.

The former Bihar chief minister has been convicted for illegally extorting nearly Rs 1,000 crore from Dumka, Chaibasa and Deoghar treasuries and a special CBI court in Ranchi has already granted him bail in two cases lodged in Chaibasa and one in Deoghar. was.

After getting bail in the Dumka treasury case, he is likely to be released from jail soon.

From 1991 to 1996, officials of the Animal Husbandry Department of the Government of Bihar allegedly extorted money from Dumka, Chaibasa and Deoghar. At that time Yadav was the Chief Minister of Bihar.

Currently, 72-year-old Yadav is undergoing treatment at AIIMS Delhi. He has already completed a jail term of 42 months.

He is reportedly suffering from serious kidney infections and 16 diseases with lung water.

Earlier, the High Court allowed Lalu Prasad Yadav to be shifted to Delhi for better treatment on 23 January this year.

After the bail, the party issued a statement thanking the court.

The party’s top leadership has appealed to supporters to celebrate their bail by following the Kovid protocol.

Refusal to give additional cocaine vaccine to Delhi: Sisodia