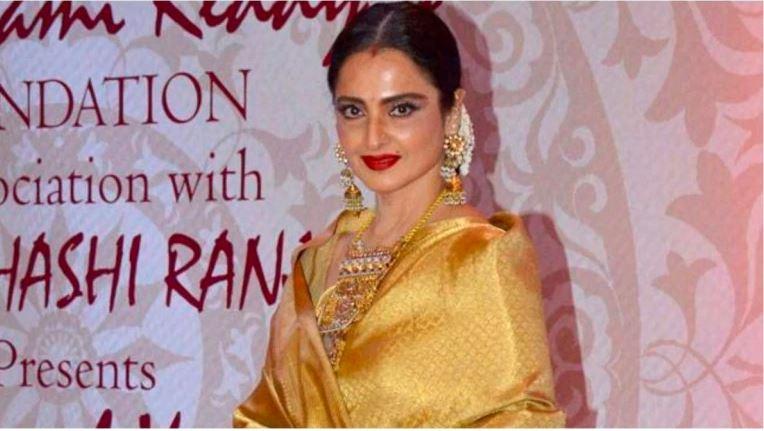 Rekha Corona news: A staff member of Actress Rekha house has been found infected with Corona, after which the actress’ bungalow has been sealed. The security personnel is being treated in a hospital in Mumbai, while Rekha house sanitization has also been done.

Rekha bungalow has been sealed

After the news of Amitabh Bachchan and Abhishek Bachchan (Coronavirus) positive has been reported, there are reports that a staff member of Bollywood’s evergreen actress Rekha’s house was found infected with corona Has gone, after which the actress’ bungalow has been sealed. Let me tell you, two security personnel were always stationed outside Rekha’s bungalow, one of which has now been found infected with corona. BMC has sealed Rekha house. At the same time, after the actress’s staff member got infected, her bungalow has been sealed by the BMC and along with the notice has been declared outside the bungalow and declared the area as a containment zone.

Rekha staff member Corona news: The security personnel is being treated in a hospital in Mumbai, while the sanitization of Rekha’s house has also been done. However, there is no reaction of Rekha yet on the news of her staff member being infected. Let us tell you that Rekha’s bungalow is in Bandra’s bandstand and its name is ‘Sea Springs’. Let me tell you, cases of coronavirus are increasing continuously in the country, Mumbai remains number one in the case of outbreak of infection.

Earlier, many actors in the film industry have also been infected with Corona, including Karim Morani and his two daughters who were hit by Corona. Actor Kiran Kumar also got infected with this dangerous virus, after which he isolated himself at home. Singer and music composer Wajid Khan also passed away last month, his report also came to Corona positive.

New Delhi | According to the daily health bulletin released by the Delhi government on Monday, the national capital recorded 131 new Covid cases with an...
Read more
Entertainment

Sayonee Movie Starcast Spotted In Delhi For The Movie Promotions