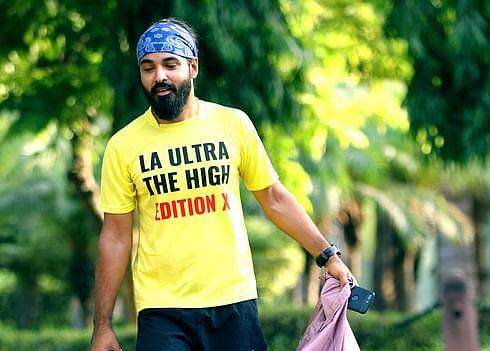 Ripu Daman Bevli social media activist award: Plogging Ambassador of India, Ripu Daman Bevli has won the prestigious Social Media Activist of the Year at Cosmopolitan awards 2020. He won the editor’s choice award. In the year 2020 when the world was facing uncertainty in the times of Pandemic, he took the onus in promoting environment concerns across the social media platforms and reach out to audiences across the globe.

● Plastic Upvaas petition started on World Environment Day to raise awareness against the
proliferation of waste especially hazardous plastic waste like surgical masks and gloves.
● Live series called ‘Trash Talk with Plogman of India’ where celebrities, environmentalists,
doctors and more from India, US, UK, Australia etc. joined to share about their lockdown
experiences and raise awareness on the environmental and health issues
● Created the home version of ‘Trash Workout’ where youngsters and kids could workout doing household chores. He organized these workshops with several schools and institutes across the country reaching 10,000 people In his own words, “The lockdown hit us hard. All our activities over the last 4 years were on ground and we had built up a great momentum with the Litter Free India movement covering 100+ cities.

Before the lockdown we had a limited social media presence. To think that I really started posting about our work on social media only after the lockdown is a vindication of the human spirit. We embraced those unprecedented times and moved forward with our mission.

My heartfelt thanks to the editor’s Jury at Cosmopolitan Awards for recognising our efforts. This recognition gives me a further push to make our dream of a Litter Free India, a reality” Ripu Daman Bevli is credited with starting India’s first eco-fitness trend, combining fitness and running to fight the garbage crisis in the country. He is also known as the Plogman of India and was honored with the titles of ‘FIT India Ambassador’ and ‘Plogging Ambassador of India’ by the Honorable Prime Minister and Sports Minister. The Government of India adopted the Litter Free India mission and close
to 1 crore (10 million) people have participated in the last 4 years.

This year, he has started a campaign of Ride for Change to spread the message of zero emission, zero waste, and build a cycling culture across the country. As India enters it’s 75th year of independence, Ripu Daman Bevli will be cycling 7500 KMs covering 75 cities and 75 villages and mobilizing people all across the country.

Previously he completed the unprecedented campaign – RElan Run to Make India Litter Free where he rain &amp; cleaned up in 50 cities in 50 days. He also holds the world record for the longest plogging run of 50 KMs completed in 9 hours 15 mins in Kota, Rajasthan on 5th January, 2020.

Mr Bevli, started his career with information technology companies including HCL
Infosystems and Akamai Technologies before moving into a sales role for the startup PacketZoom. In 2017, he started the &quot;Ploggers of India&quot; movement and quit his job in 2018 to focus on the movement full-time.

In the latter half of 2019, he ran a campaign ‘Run to Make India Litter Free’ in collaboration with R|Elan where he covered and cleaned up across 50 cities in September and October. He has been featured in lists like ‘25 Best Never Rest Stories’ by Mercedes Benz India and ‘5 Eco-Warriors Conquering Climate Change’ in India..

Karnataka: We can hope to build an Atmanirbhar Bharat only when our technology, human resources and access to both come together, said the President of...
Read more