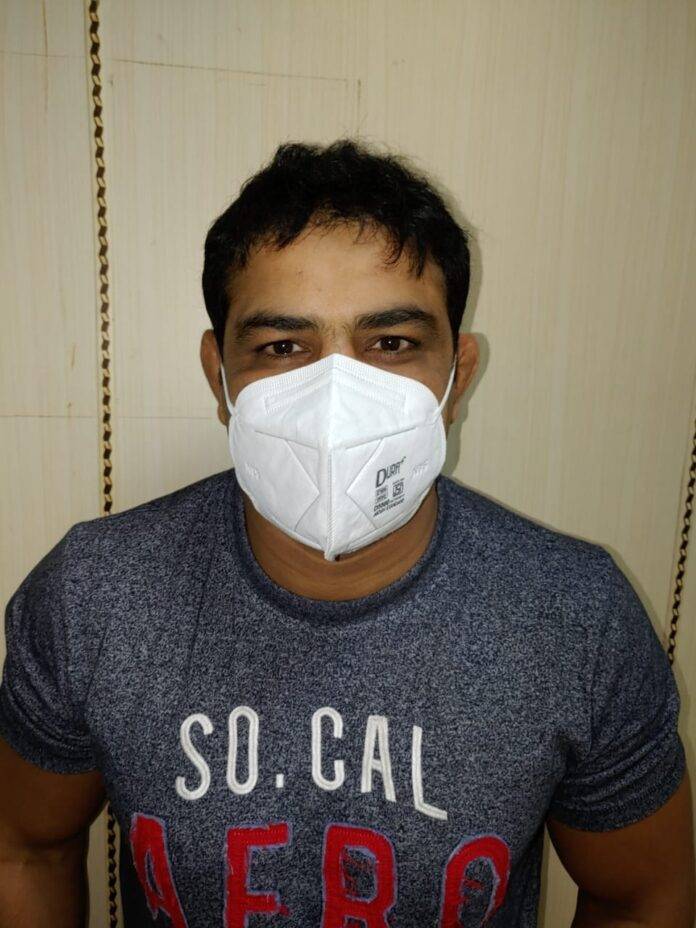 New Delhi | The trouble has increased for the two-time Olympic medalist Sushil Kumar, who was arrested from the national capital on Sunday morning by the Special Cell of the Delhi Police, as his job in the Indian Railways now hangs in the balance. Sushil Kumar is employed in the Indian Railways and is posted as Officer on Special Duty (OSD) at the Chhatrasal Stadium, where controversy erupted after a wrestler who was practicing was killed.

Northern Railway spokesperson Neeraj Kumar said, “After getting the letter from the Delhi government, we will take action as per the rules.”

Sushil Kumar was arrested on Sunday morning along with his colleague Ajay Kumar, who was absconding for 18 days in several states following the death of wrestler Sagar Dhankhar following a dispute at the Chhatrasal Stadium here on May 4.

Dhankar later died in the hospital.

According to Delhi Police officials, the police were putting in full effort to apprehend Kumar and during these 18 days, Sushil traveled to Punjab, Uttar Pradesh, Uttarakhand and Haryana.

He was finally arrested from the Mundka area of ​​Delhi on Sunday morning when he came to get some cash and also took a scooty from a national level player. The Delhi Police had also announced a reward of Rs 1 lakh on Kumar and Rs 50,000 on his associate Ajay.

According to Special Cell officials, Kumar had also done a recording of the beating of Dhankar on a mobile phone to scare wrestling wrestlers in the city. Kumar has been remanded in custody for six days by a Delhi court.

Police told the court that Kumar had asked his friend Prince to make a video of the beating of Dhankar. Police informed the court, he wanted to instill fear in the wrestling community in Delhi.

Kumar had applied for anticipatory bail in New Delhi’s Rohini court on May 18, but the court rejected his bail plea.

On May 4, two groups of wrestlers clashed at the Chhatrasal Stadium, leading to the death of 23-year-old Dhankhar, as he was injured during the brawl. A non-bailable warrant (NBW) was also issued against Kumar by a Delhi court.

The Delhi Police had also issued a lookout notice for Kumar, who won a bronze in the 2008 Beijing Olympic Games and a silver medal in the 66 kg category at the 2012 London Olympic Games.

Mumbai | A man has been arrested for raping and brutalizing a 30-year-old woman in Mumbai late on Thursday night. The police gave this information on Friday. According...
Read more
Sports

I am getting threats of rape and death: Kangana Ranaut