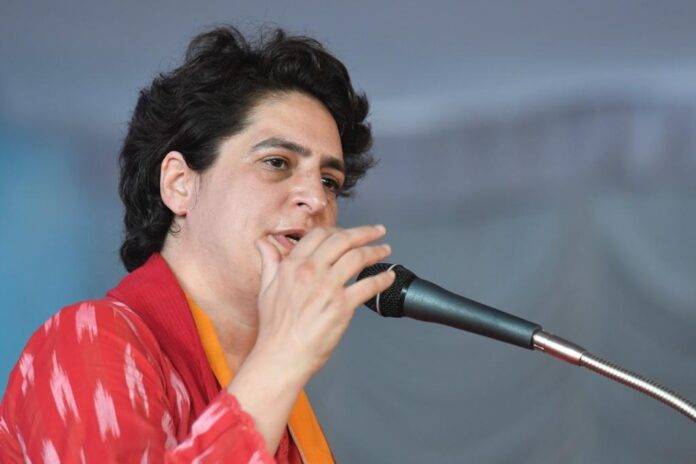 New Delhi| Congress General Secretary Priyanka Gandhi Vadra has opened a front against the Yogi Adityanath-led government in Uttar Pradesh over the death of teachers and workers on duty during the recent panchayat elections. Priyanka Gandhi, who is also in charge of the Uttar Pradesh Congress, tweeted, “Denying the list of 1,621 teachers who died while performing their duties during the panchayat elections issued by the teachers of Uttar Pradesh. The insensitive UP government is saying that dying The number of teachers was only three. The teachers did not get proper safety equipment and treatment while they were alive and now the government is taking away their honor even after death. “

Priyanka’s statement came a day after a teacher body claimed that more than 1,600 teachers and employees of the Basic Education Department in Uttar Pradesh had died from Covid-19 since the first week of April and 90 percent of them panchayat elections Were on duty

According to the statement issued by Uttar Pradesh Primary Teachers Association President Dinesh Chandra Sharma, “Between the first week of April to May 16, 1,621 teachers and employees of the Basic Education Department died.”

He said, “Out of these 1,621 deaths, more than 90 percent of teachers were on panchayat election duty.”

Earlier, Priyanka Gandhi had targeted the BJP government for conducting panchayat elections in Uttar Pradesh amid the fierce Covid-19 epidemic.

He had said that what is happening in the state is nothing less than a ‘crime against humanity and the State Election Commission (SEC) is just playing along.