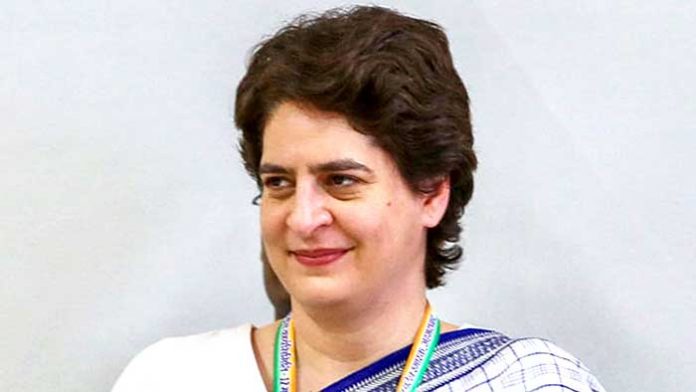 LUCKNOW | Congress General Secretary Priyanka Gandhi Vadra has written a letter to Chief Minister Yogi Adityanath expressing his concern over the cow dynasty. Gandhi wrote in the letter that the mind was disturbed after seeing pictures of the bodies of Gaumata who came from Saujana in Lalitpur. These details have not been found yet in which circumstances these cows have died, but photographs show that deaths have occurred due to lack of fodder and water. It seems that there are gradual painful deaths due to hunger and thirst for many days.

He wrote that it is also said that this is not the first such picture. Even before this, such pictures have been coming from different parts of the state. Every time they are discussed for a while, but no concrete steps are taken to take care of these innocent animals. The question arises who is responsible for this?

He further wrote that at the time of coming to power you had talked about protecting cow dynasty and building cowsheds, but the reality is that despite your announcements in this context, the government’s efforts have completely failed. The plight of the cow dynasty is being done in the name of the well-being of the cows. Gaushalas were opened, but the truth is that there is no insensitiveness to the cow cattle but fodder and water only. Officers and Gaushala operators are fully involved in corruption. Not knowing how many cows are dying of hungry thirst every day in the entire state.

Priyanka Gandhi has said in the letter that while gaushalas are in this situation, there is also a terrible problem of stray animals. The farmers are completely aghast. They are waking up overnight and protecting their crops. To protect the crops, they have to spend thousands of rupees to get the fields sealed.

Gandhi said that Gandhiji considered cow as poetry of compassion. She is the mother of crores of Indians. He believed that cow protection does not only mean the protection of the cow but the protection of all those creatures who are helpless and weak.

The Congress General Secretary has written in the letter that the Congress government in Chhattisgarh has solved the matter very well by implementing the ‘Godhan Nyaya Yojana’. Perhaps the Uttar Pradesh government can take inspiration from them and all of us can maintain our service spirit towards the cow. We can save the cows from being forced to live and die in such horrific conditions and can also help our farmers realistically.

General Secretary Priyanka Gandhi has written at the end of the letter that you also want the safety and well-being of the cow dynasty, so I am writing this letter to you so that there is no such atrocity against the cow dynasty in our state. I understand that it becomes my responsibility to be informed about these religious and moral grounds.

Modi inaugurates 9 medical colleges in UP