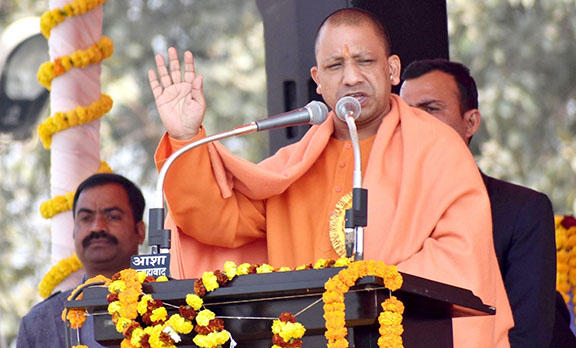 LUCKNOW| The Yogi government of Uttar Pradesh has decided to shape the childhood of poor children. For this reason, the work of marking children associated with child labor and begging has started under Mission Shakti Abhiyan. This month’s theme is based on the alleviation of begging, child labor and human trafficking. Work is being done rapidly for all such children in all districts of Uttar Pradesh. To give respect and protection to children, this work has been started by the Department of Women and Child Development at the district level. Under this, along with getting these children enrolled in primary schools, they are being empowered financially. A list of ration card holders is being prepared at the district level by the officials.

The chief probation officer of Lucknow division, Sarvesh Kumar Pandey said that in this task, the teams of the Labor Department, Police Department, Women and Child Development and Health Department are identifying and surveying children. Hygiene kits and food items are being distributed to children with their admission.

District Probation Officer (DPO) Sudhakar Sharan Pandey said that this action plan has been prepared by the department keeping in mind the theme of this month of Mission Shakti Abhiyan. He informed that through the Mission Shakti Abhiyan of the Yogi Government, the department is encouraging the government and non-government institutions to adopt squares, blocks of the city, with the aim of making the children benefit from the government scheme. Under which 50 NGOs including CHILDLINE, Child Welfare Committee have adopted 31 intersections of the capital. With the commencement of the adoption process, the children identified by the institutions are directly benefiting from the scheme.

This large campaign is being run all over the state against forced child labor and begging from poor children in the state. Due to which the cases of child labor, child crimes are declining in the state, on the other hand, the number of families migrating for employment in other states has also come down

New Delhi| After the TMC's spectacular performance in the West Bengal assembly elections, the Chief Minister of the state, Mamata Banerjee, has retained her dominance...
Read more
National