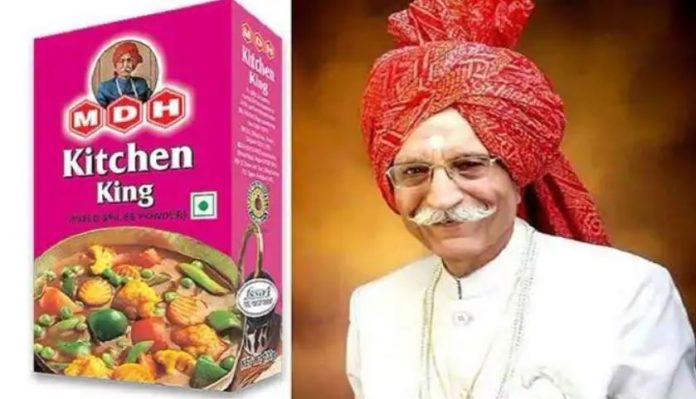 Gulati was born in a Punjabi family on 27 March 1923 at Sialkot in Pakistan. He spent his childhood in Pakistan and attended a Primary School there. He was not interested in the study and dropped out of his school in 5th standards. His father ran a spice shop in Pakistan.

Gulati was undergoing treatment at a hospital in Delhi for the last three weeks. He suffered a cardiac arrest on Thursday morning of 26th November 2020. He breathed his last breath at 5:21 AM on 3rd December 2020.

In starting, Gulati opened a spice shop in Karol Bagh, Delhi. In 1953, he rented a second shop in Chandni Chowk. In 1959, Gulati purchased a land in Kirti Nagar so as to set up the manufacturing unit of Mahashian Di Hatti which is currently known as MDH masale.

He learned woodwork for 8 months but did not enjoy it much. Apart from this, he also worked in a Soap Factory, a Rice Factory, and a Fabric Factory but nothing ever fascinated him.

After taking his chance at working like a ‘Tangewala’, he later decided to open up his ancestral business in Delhi. This decision for him came in 1948 when he sold off his carriage on 10 October 1948.

In 1954, he founded ‘Roopak Stores’ in Karol Bagh and later handed it over to his younger brother, Satpal Gulati.

By 1960, MDH became a famous shop in Karol Bagh and extended to Punjab and other small parts of Delhi.

Recently there has been news of the marriage of T. Veena, daughter of Kerala Chief Minister Pinarayi Vijayan. Veena, a software engineer...
Read more

Searching for the ‘angel’ who held me on Westminster Bridge

CBSE Board Fake News: Misinformation regarding Board X-XII CBSE exam result dates. Board cleared all fake news. CBSE curriculum reduced by 30% for the...
Read more