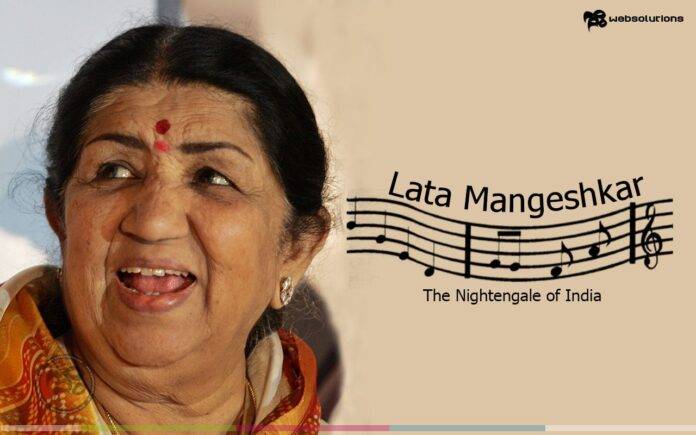 Lata Mangeshkar was an Indian playback singer and music composer. Lata was one of the greatest singers India has ever produced. Lata was being given the title of Nightingale of Bollywood, Voice of the Millennium, and Queen of Melody. She received several awards and honors throughout her career.

Lata Mangeshkar’s first Lata sang the song “Naachu Yaa Gade, Khelu Saari Mani Haus Bhaari”, which was composed for a Marathi movie Kiti Hasaal (1942) but this song was dropped before the film release.

Officially, her first Hindi song was “Mata Ek Sapoot Ki Duniya Badal De Tu” for the film Gajaabhaau. Music director Ghulam Haider gave Lata her first major break with the song “Dil Mera Toda, Mujhe Kahin Ka Na Chhora” and told that producers and directors would “fall at Lata’s feet” and “beg her” to sing in their movies as initially she was rejected by producer Sashadhar Mukherjee.

Here are some of the childhood pics of Lata Mangeshkar.

Lata dropped out of her school because they would not allow her to bring her sister Asha along with her.

Facebook
Twitter
Pinterest
WhatsApp
Previous articleBollywood celebs mourn the death of India’s Swar Nightingale
Next articleVery happy to see the kids back in school; praying to god that we don’t have to shut schools again; children have suffered a lot- CM Kejriwal
Team Janmat Samachar