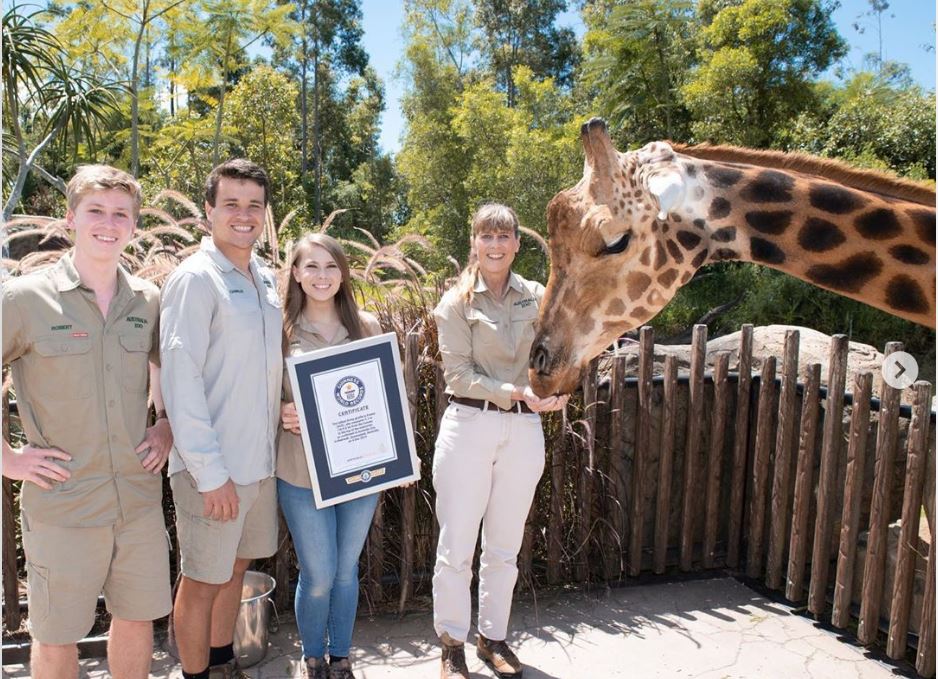 Tallest giraffe in the world: 12-year-old giraffe tallest with 18 feet 8 inches height, Guinness said, special pillar made to measure its length. The giraffe is named Forrest owned by Bindi Irwin and it lives in Queensland, Australia Zoo being run by  Australian conservationist Steve Irwin, Australia. According to Guinness World Record, it was extremely difficult for them to measure the length of the giraffe.

A 12-year-old giraffe living in Australia’s zoo set a Guinness World Record. Giraffe’s name is Forrest. The Guinness World Records has declared Forrest the world’s tallest living giraffe. Its length is 18 feet 8 inches. According to Guinness, measuring the length of the giraffe was extremely difficult. For this, make the staff a special measuring pole. This giraffe lives in Australia Zoo, Queensland. Australia Zoo in Queensland is run by the family of the late Australian conservationist Steve Irwin. When Forrest created a Guinness record, it was announced by his daughter Bindi Irwin. The zoo here attracts 7 lakh people every year.

Forrest was born in New Zealand

Bindi says that the giraffe was born in 2007 in Auckland Zoo, New Zealand and was transferred to a new home two years later. it’s too high. Its height is heavier than the other two giraffes. This is the only matching giraffe of our zoo.
She says that we are proud of Forrest that she set a Guinness record. Next time, definitely meet Forest. We will try our best to see this species better and its next generations are born here.

Tallest Giraffe in the world

According to the Guinness World Record, the process of declaring it as the world’s tallest giraffe was quite a challenge. Our staff had to prepare a special pole for this. This entire preparation took a long time. The video took months to capture. 12 giraffes born in the last decade from Forrest

In the past decade, 12 giraffes have been born with forest giraffes. Another small giraffe is going to be born soon. Breeding program is being carried out in Australia Xu to further this generations. Which has been highly appreciated.

12-year-old giraffe forest – a resident of @AustraliaZoo in Queensland – has been confirmed as the tallest giraffe, standing at 5.7 m (18 ft 8 in).