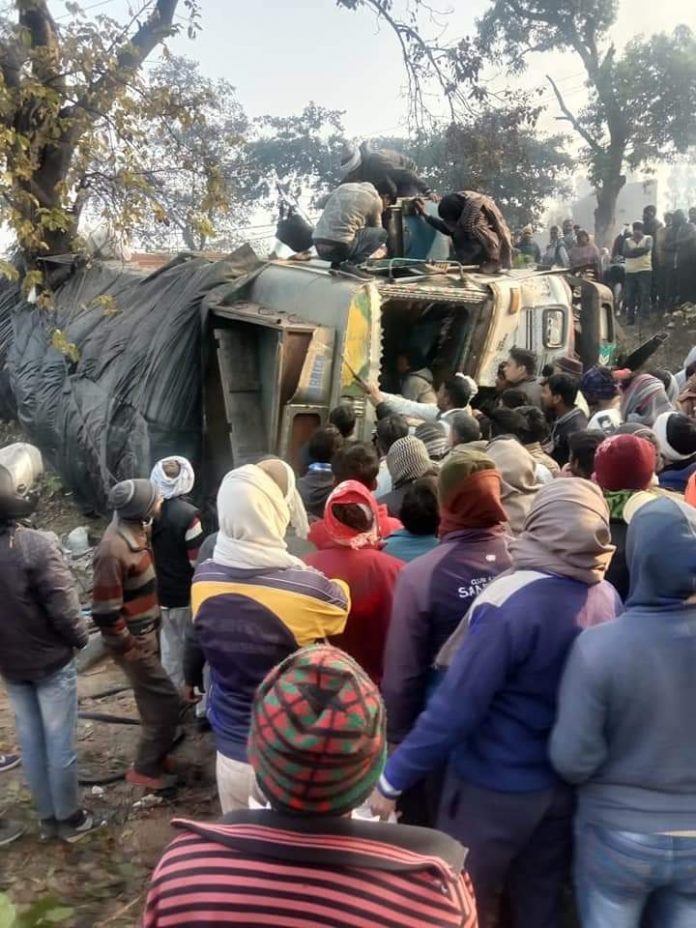 Moradabad | Ten people died in a collision between a truck and a mini bus on the Moradabad-Agra highway on Saturday in Uttar Pradesh. The accident occurred in front of Nanpur village on Moradabad Agra Highway. 13 people have been injured in this major accident, in which the condition of some people is critical. Additional Superintendent of Police Ashok Singh said, “A private bus on the Moradabad-Agra highway was going to Moradabad with passengers from Kundarki. As soon as the bus approached the Nanpur culvert, the canter from the front hit the bus. The canter overturned in the accident, while the front of the bus was badly damaged. Meanwhile, a third vehicle also hit the bus. According to police, 10 people have died so far while 13 people are being treated for treatment. Kundarki has been admitted to the government hospital and district hospital. ”

After the information of the accident, Moradabad Police Administration officials reached the spot and were taken out of the damaged vehicles and sent to Moradabad Morchery. The injured have been sent by ambulance to the district hospital. The debris of both the truck and the bus is lying on the road after the accident. After the accident, there were several kilometers of jam on the highway.

On the other hand, Chief Minister Yogi Adityanath has deeply mourned the death of ten people after getting information about this accident. He has expressed his condolences to the bereaved families of the dead, praying for the peace of departed souls.

Chief Minister Yogi expressed deep grief over the death of ten people in a road accident. The Chief Minister has instructed all the dependents of the deceased to provide financial assistance of two lakh rupees and provide proper treatment to the injured.