Home Top Stories There is no talk of government and farmers, the movement will continue
Top Stories 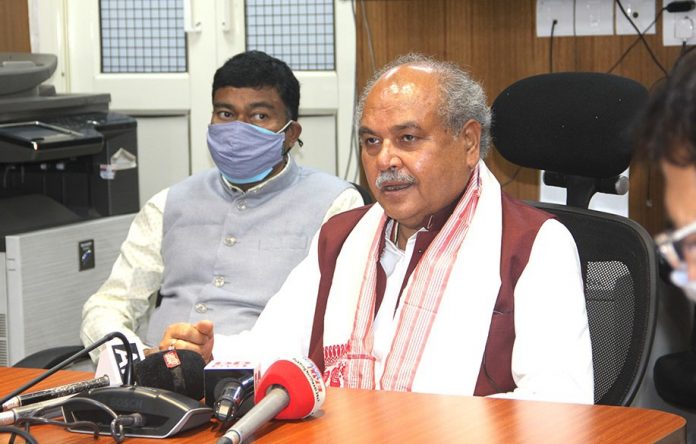 NEW DELHI| There was more than 3 hours of talks between farmers’ organizations from Punjab and the central government at Vigyan Bhawan on Tuesday. However, after the negotiations ended, the peasant leaders who came out have spoken of continuing their agitation. According to farmer leaders, at present, this conversation has been fruitless. Farmer leaders say that the next round of talks will now begin on Thursday. Farmer leader Sardar Chanda Singh said, “Agriculture Minister, Railway Minister and others were present to talk on the subject of farming law.”

Our movement will continue

At the same time, Agriculture Minister Narendra Singh Tomar said after the end of the meeting, “Government of India concluded the third round of talks with the farmers on Tuesday. A lot of understanding has been made for each other. We have decided that now day after tomorrow i.e. The next phase of negotiations will begin on Thursday. On Thursday, farmers will bring their issue and then it will be discussed. ”

Agriculture Minister Narendra Singh Tomar said, “In general, we wanted everybody to form a committee, but what they (farmers) said was that everyone would talk together. We urge the peasant brothers to postpone the movement.” Do and negotiate, but the decision depends on the farmers. “

The baby’s head is stuck in the cooker… Read the full story! (Exclusive)