Farmers’ next talks with the government on December 30 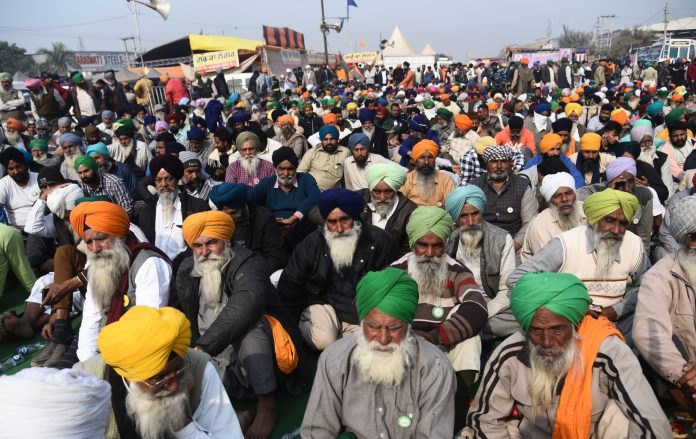 On behalf of the government, this invitation has been sent to Sanjay Aggarwal, Secretary in the Union Ministry of Agriculture and Farmers Welfare, for the next round of talks to the farmers’ organizations.

The Agriculture Secretary further said that in view of the details sent by you in this meeting, along with the purchase arrangements of the three agricultural laws and the MSP, farmers in the Commission Ordinance, 2020 and Electricity Amendment Bill 2020 for air quality management in the National Capital Region and adjoining areas. Issues related to the subject will be discussed in detail.

In the letter, the farmers’ organizations have been invited for talks at Vigyan Bhawan at 2 pm on 30 December.

It is the 33rd day of the farmers’ movement on the Singhu Border, Tikari Border and Ghazipur Border on the Delhi border, led by leaders of about 40 farmer organizations under the banner of United Kisan Morcha and before joining the meeting in the evening in the evening. Dr. Darshan Pal of Revolutionary Farmers Union Punjab told IANS that this struggle will continue if the government is not ready to withdraw the three agricultural laws in the next round of proposed talks.

Leaders of agitating farmer organizations are demanding the repeal of the Farmers Produce Trade and Commerce (Promotion and Facilitation) Act 2020, Farmers (Empowerment and Protection) Price Assurance and Agricultural Services Agreement Act 2020, and Essential Commodities (Amendment) Act 2020. These were introduced in September after the passage of the three important Bills introduced in the Monsoon Session of Parliament in both houses. However, earlier through the ordinance, these laws came into force from June 5.

4 liquor smugglers arrested in Delhi, one had a fake press ID

The world joined hands to rescue India from the second wave of the epidemic.