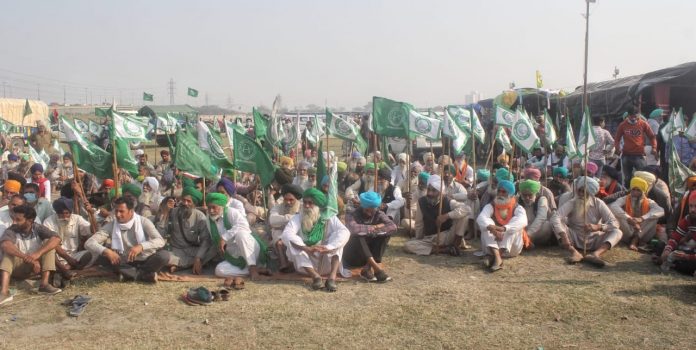 NEW DELHI | The protesting farmers on Monday accused the Narendra Modi-led central government of being communal, fascist and autocratic and rejected the government’s demand to gather at Burari’s Sant Nirankari Maidan to protest. Darshan Pal, president of the Punjab Block of the Revolutionary Farmers Union, while addressing a press conference here on the Delhi-Haryana border in Singhu, said, “The Modi government speaks something else in the face, but keeps a dagger next to it. BJP is a communal fascist And autocratic party. “

Pal said that farmers would hold another meeting to strengthen the movement.

He rejected the government’s proposal to go to Burari Maidan for protest, saying, “We reject the proposal. We have come here to tell our story and we will not step back.”

Yadav said, “This is happening after 31 years. Earlier Mahendra Singh Tikait brought the farmers along.”

Yadav said that the lie is being spread that the farmers are unaware. He said, “Today the reality is that every child in Punjab and Haryana is fully aware of this strict law.”

Farmers from many parts of the country have gathered in Delhi recently over three controversial agricultural laws passed by Parliament. They are demanding the repeal of these laws.

Prime Minister Modi during his monthly radio program on Sunday, described these three agricultural laws as beneficial for farmers.

Lucknow| The Uttar Pradesh Government has directed officials to take action against unrecognized madrasas. According to a report submitted by the district magistrates to the...
Read more
Top Stories

Sitting in ED for 55 hours, I am not afraid: Rahul Gandhi