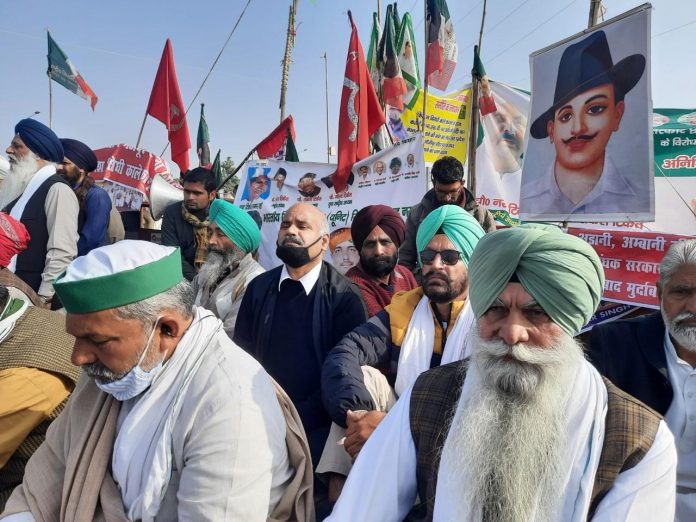 GHAZIPUR BORDER (DELHI / UP) | The protests of farmers on the borders of Delhi are continuing. This demonstration of farmers is going to be three weeks now. On the Ghazipur border, farmers have been sitting on hunger strike since 8 am on Monday. This fast will continue till 5 pm. Rakesh Tikait, leader of the Indian Farmers Union, said, “This is today’s strategy, even if the government does not listen, we will decide tomorrow’s strategy again.” All the leaders who are sitting on hunger strike will hold press talks after 5 pm.

He further said till the agrarian law is not returned, our struggle will continue. We have some questions, the government should sit down and talk to us. If the government can do it then it is okay, otherwise, we are sitting on a dharna.

Around 15 farmer leaders are sitting on hunger strike at the Ghazipur border. In fact, the protesting farmers against the new agricultural laws rejected the proposal of the Central Government for amendments. Also, farmers’ organizations demand that talks with the government be possible only when the agricultural laws are repealed.

Earlier, on 8 December, farmers had given a call for ‘Bharat Bandh’ which was also supported by various political parties and trade unions.

The peasant movement also has the support of political parties. Aam Aadmi Party workers and other leaders also sat on hunger strike.