Home Politics Sitting in ED for 55 hours, I am not afraid: Rahul Gandhi
PoliticsTop Stories

Sitting in ED for 55 hours, I am not afraid: Rahul Gandhi 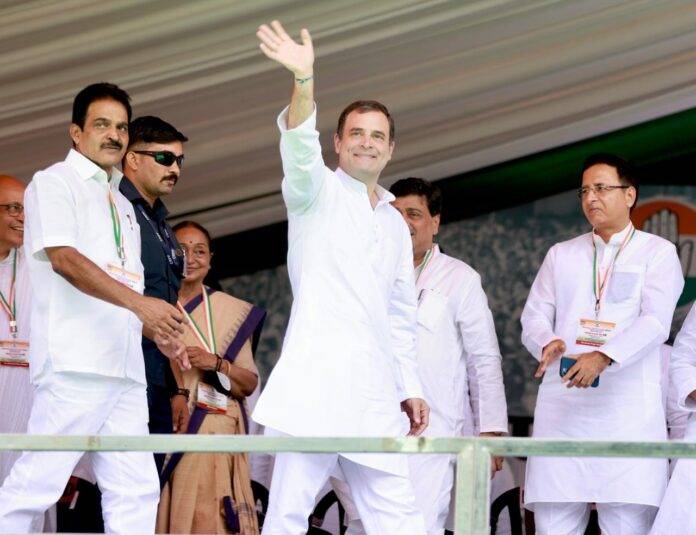 New Delhi| Rahul Gandhi targeted the central government fiercely in the Congress’s Halla Bol rally on inflation organized at Ramlila Maidan in Delhi. Rahul Gandhi said that an attempt was made to intimidate me by the ED. Was seated in the office for 55 hours. Even if I sit for 200 hours, I am not going to be scared. Addressing Congress workers, Rahul Gandhi said that Congress now has only one option. We have to go directly to the people and tell the failure of the central government. He said that the opposition is unable to speak in Parliament, our mike is switched off. We are not allowed to talk on issues like inflation, unemployment and China. Rahul Gandhi said that the media, the Election Commission are all under pressure from the government, so we have to go directly to the public and raise the issues and tell them the truth.

Rahul Gandhi further said that today 2 India has become. There is an India of laborers, farmers and unemployed. There can be no dream in this. You will sweat blood in it, yet nothing will happen. Second India is of 10-20 industrialists. They will get the dream they see in it. All their work will be completed. Rahul said that today these two are the fight of India. Ask any shopkeeper and farmer, what is the difference between UPA and today’s government. UPA gave MNREGA and Modi ji gave 3 black laws. First, they did the evil of MNREGA and later implemented the same. If MGNREGA was not there, there would have been a fire. Earlier the land of the farmers was taken away. We brought the law and Modi ji did the first thing to remove that law. He told that we have lifted 27 crore, people, out of poverty in 10 years. At the same time, in the last 8 years, the Narendra Modi government has thrown 23 crore people back into poverty.

Rahul Gandhi said at the end of his speech that Modi ji says what did the Congress do in 70 years? Congress has done that it has not given inflation like theirs to the country. He said that China and Pakistan will benefit from the atmosphere of fear and hatred. The more hatred spreads, the weaker India will be. Only the ideology and workers of the Congress party can take the country on the path of progress.