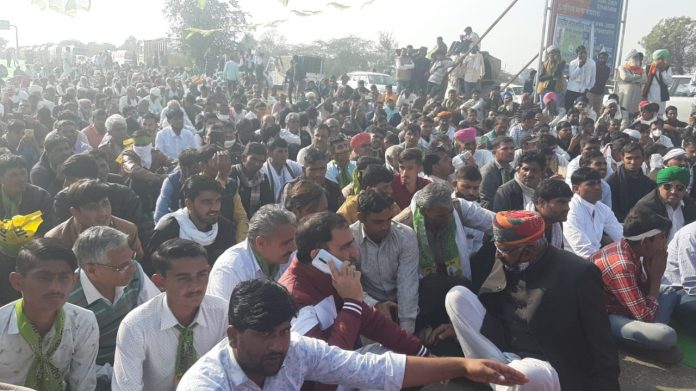 NEW DELHI| The farmer movement continues on the 34th day on Tuesday. Talks of farmer leaders with the government will now be held on December 30 to find a solution to the farmers’ issue and end the agitation. Farmer organizations leading the movement are also ready for talks as per the date and time fixed by the government. This dialogue was first proposed today (Tuesday) on behalf of the farmer leaders. However, in a letter sent by the government to the farmers’ organizations on Monday, they have been invited to the Vigyan Bhavan at 2 pm on December 30 for talks.

The farmers have been camping since last November 26 on the borders of Delhi, the capital of the country, under the banner of United Kisan Morcha, led by leaders of about 40 farmer organizations. The agitating farmers are demanding repeal of the Farmers Produce Trade and Commerce (Promotion and Facilitation) Act 2020, Farmers (Empowerment and Protection) Price Assurance and Agricultural Services Agreement Act 2020 and Essential Commodities (Amendment) Act 2020 implemented by the Central Government.

The four issues covered on the agenda are as follows:

to be followed to repeal the three Central Agricultural Laws 2. The procedure to provide legal guarantee for procurement on profitable MSAP suggested by National Commission for Farmers for all farmers and agricultural commodities and Provision

3. Amendments to the Commission Ordinance, 2020 for air quality management in the National Capital Region and adjoining areas which are necessary to exclude farmers from the penal provisions of the ordinance.

4. Necessary changes in the draft Electricity Amendment Bill 2020 to protect the interests of farmers.

Sonu Sood Saves the Life Of A Passenger On His Way Back From Dubai! Messiah For A Reason!