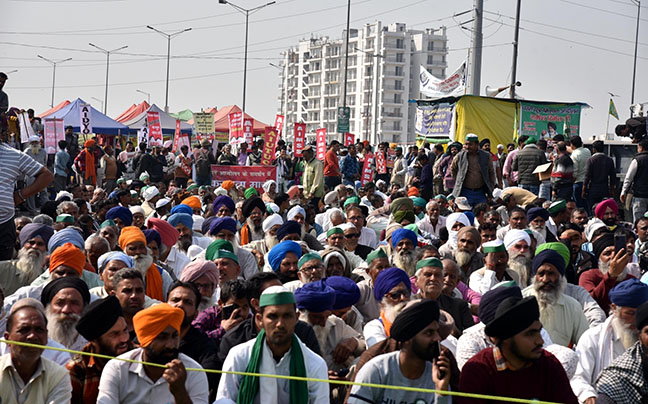 New Delhi| The United Farmers’ Front has announced a ‘Rail Stop’ campaign across the country on 18 February. Farmers’ organizations, which have been leading the movement of farmers who have been camping for nearly two and a half months on the borders of Delhi, the capital of the country, decided to hold four programs in a meeting held under the banner of the United Front on Wednesday. The leader of the agitating farmers, Dr. Darshan Pal said in a statement that these decisions have been taken to intensify the movement in the joint Kisan Morcha meeting today.

The United Kisan Morcha has announced four programs from February 12 to February 18. According to the program, from February 12, all road toll plazas in Rajasthan will also be made toll free.

The Morcha said that after this, on March 14, candle march and torch procession and other programs will be organized across the country, remembering the sacrifice of the martyred soldiers in the Pulwama attack.

According to the statement of United Kisan Morcha, on February 16, on the day of the birth anniversary of Sir Chhoturam, the Messiah of the farmers, farmers will show solidarity.

Announcing the fourth program, the farmer leader said that a rail stop program would be held on February 18 from 12 to 4 pm.

Farmers have been agitating on Delhi’s borders since 26 November last year to repeal the three agricultural laws introduced last year by the central government and demand a legal guarantee for the procurement of crops at the MSP.

The 11 rounds of agitating leaders with the government have been inconclusive. The government has proposed to form a committee to allow the farmer unions to stop the implementation of the new agricultural laws for 18 months and to find a solution to the issues related to their demands. But agitating peasant organizations are adamant on repealing the three laws.