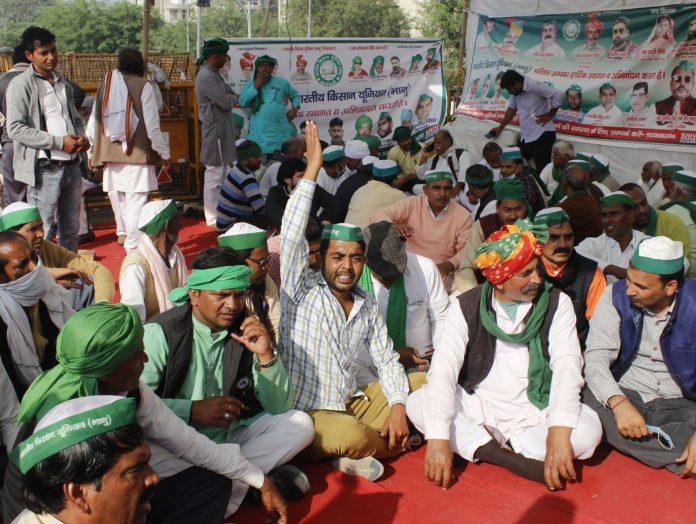 The government had agreed to some of the key demands of the farmers and sent them a written draft proposal, including amendments to three controversial agricultural laws, which have been one of the biggest demands of agitating farmers.

The government had made its stand before the farmers through a written draft proposal, in which it had agreed to two main amendments regarding the Minimum Support Price (MSP) and the Agricultural Produce Market Committee (APMC). However, the government rejected the biggest demand of farmers to repeal all three agricultural laws.

Kulwant Singh Sandhu, one of the farmer leaders, said, “We have rejected the proposal given by the central government. Our future action is that we will close all borders in a day or two.”

On the 14th day of the Kisan agitation, on the Singhu border, the government sent a proposal to give a guarantee in writing on the MSP, one of the biggest demands of the farmers. In the proposal, the Center has agreed to a written minimum support price assurance and a uniform tax for APMC, a marketing board set up by the state governments to ensure that farmers are exploited on behalf of large retailers Don’t

The proposal states that there will be a provision for registration for private traders to do business.

On the issue of abolishing agricultural laws, the government said that it is ready to consider the provisions of the laws to which the farmers have raised objections.

On the issue of registration of traders, the government has assured to implement new rules, under which state governments will be empowered to come up with new rules for the welfare of farmers.

The government has also tried to remove the fear among the farmers that their cultivation will be snatched away from them. The government has ensured that no such action is taken. The government’s proposal made it clear that the provisions in the new laws are very clear and if farmers still have any confusion on this issue, they will be explained in a more clear way.

The government’s proposal also rejected the allegation that big industrialists would occupy the land of farmers and the farmers would become landless.

The government also said that those who approach civil courts (civil courts) will now be allowed.

On the Electricity Amendment Act 2020, the Government has assured that the Act will not be implemented and the earlier process will be maintained as the case may be.

On the issue of burning straw, the government has said that it will come up with a proper system on this subject.

The farmers however are demanding a complete withdrawal of these laws. This is the reason why they have rejected the proposal sent by the government.

The proposal was sent to the farmers after a meeting of farmer representatives held with Union Home Minister Amit Shah last night. So far, five rounds of government-farmer talks have been inconclusive due to both sides being adamant on their issues.