Home Top Stories The genome of a new variant of Covid found in 6 travelers...
Top Stories 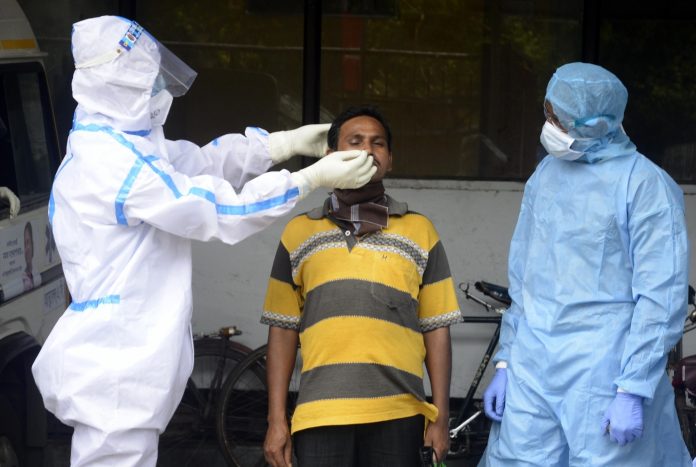 NEW DELHI| The central government said on Tuesday that genomes of new variants of Covid-19 have been found in 6 passengers returned from the United Kingdom (UK) in Bengaluru, Hyderabad and Pune. The government said that all these passengers have been isolated in one room at different places. The British government recently announced that the new virus strain spreads 70 percent faster. After this, India stopped flights to and from the UK till 31 December.

During this period (from midnight of 25 November to 23 December) around 33,000 passengers arrived at different airports from Britain to India. RT-PCR testing of all these passengers was done. So far only 114 passengers have been found positive. These samples collected were sent to 10 different labs.

The Ministry of Health said samples of 6 travelers returned from the UK coincide with the new variant genome. It was tested at three at Nimhans in Bangalore, two at CCMB in Hyderabad and one at NIV in Pune. People exposed to all these passengers have also been quarantined.

Co-travelers, other contacts and others are being searched. The ministry said that the situation is watchful and states are being regularly advised.

Harry Styles pledges $1 million to charity for protection from violence