The migrants coming to UP will be quarantined 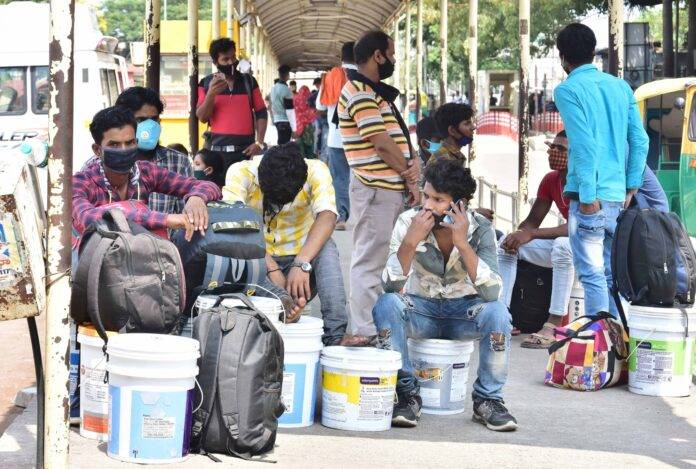 Lucknow| All migrant workers coming to Uttar Pradesh will be quarantined. The state government has set up centers in 56 districts where migrant laborers will be tested first and then those who do not have any facility for quarantine at home will be kept in these centers for two weeks.

Similarly, the government has increased surveillance at airports, railway stations and bus stops. All those who have symptoms of corona will be examined and they will be kept in the corona center. While others will be asked to be quarantined at home.

The government spokesperson said, “No separate guidelines have been given to those returning from Haridwar Kumbh. It is imperative that all the passengers be screened and then Isolated. Those who can safely Isolate at home They will also be asked to do the same. ”

He said that all migrant workers will have to undergo an RT-PCR test. This test will be done in all districts. The incoming people will be identified by the ‘Monitoring Committee’ and will be iSolated after the test.

These migrants will be sent home by state transport corporation buses after 14 days of monitoring at the Isolation Centers.

Chief Minister Yogi Adityanath has directed the officials to prepare a list of such beneficiaries, who can be given an allowance of Rs 1,000 per month. The government had made a similar allowance to migrant workers, street vendors, pensioners last year as well.