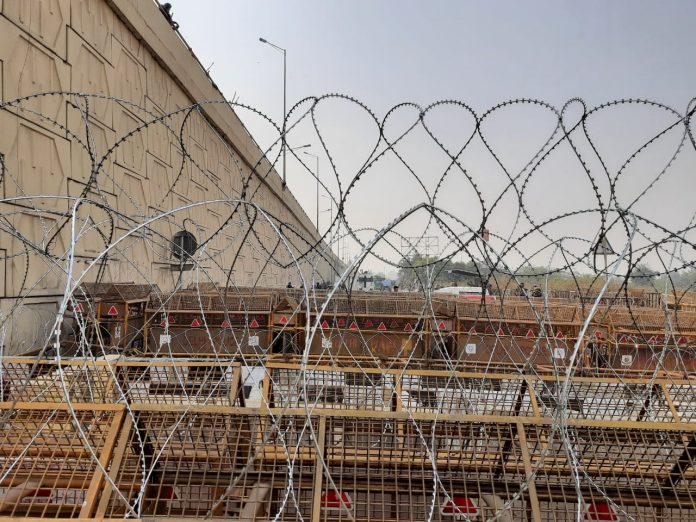 Ghazipur Border| Farmers’ protests are continuing on the borders of Delhi, under which the Delhi Police has kept its guard tight. The temporary arrangements made by the Delhi Police to stop the Ghazipur border farmers had failed, but now strong and permanent arrangements are being made to stop them, including barbed wire over barricades and permanent barricades on the road. Actually, the main reason for making permanent barricades on the road is to prevent farmers from entering the Delhi border. These barricades are actually concrete walls. It is impossible to remove them easily, while if someone wants to cross them, then the wall will have to be broken.

In such a situation, people traveling between Delhi and Ghaziabad had to face heavy problems since Monday, due to traffic diversion, the surrounding area was heavily jammed. People stood on the streets for hours to get to their destination.

Along with closing down the road on the Ghazipur border, along with the way to go above flyover, the police have completely closed. Violence during the Farmers Parade on January 26, Republic Day, and security in crowded areas have been beefed up since the bombings following the Israeli embassy in New Delhi.

The way roads are being closed at the border by the police, it can be expected that these roads are not going to open at the moment.

Delhi Police officials have made it clear that till the situation becomes normal, the route to and from Ghaziabad will remain closed.