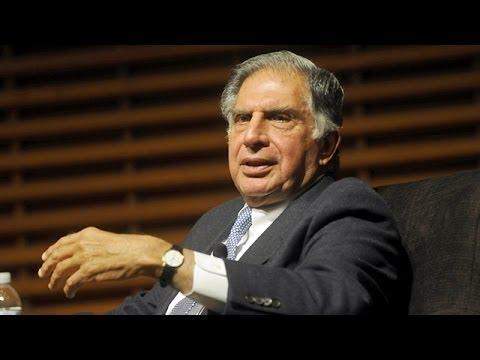 10 life changing tips, success rules and success stories by Ratan Tata for those who want to make money in life. Ratan Tata always believes that no work is small or big. Successful people are like him.

The biggest and most important purpose of life of almost every one of us is to succeed. Although the criteria of success of people are different, if someone wants money, some fame, some wants to live a good family life, and some hope and comfort. Successful people are rare. Achieving success is not easy but it can be achieved.

People who want to be successful in life always want that they get guidance from some successful people. But there would be only one such lucky person who could get the right guidance from good people. In the absence of guidance, most of the people, especially the youth, in their desire to do something big and unique in their life, would have been defeated in the situation of not taking the right decision at the right time.

It is true that there are millions of ways to succeed in life. But the biggest question is how to generate the ability to test and use these measures within ourselves? The most accurate and successful answer to this question can only be given by a human being who has established a vast empire of success in various ways in life.

And who could be better than Ratan Tata in such a person? Yes, it is not difficult to repeat the history of success which Ratan Tata has written which has given a new identity to the Tata group in the world. Today, every person in the world wants to succeed by taking the mantra of success given by Ratan Tata in his life.

Ratan Tata believes that a person should identify opportunities and challenges according to his ability and circumstances. Nobody knows you better than you, so you should take advantage of the opportunity, keeping in mind your current circumstances and abilities. Ratan Tata believes that you should develop the ability to accept yourself as you are. Try hard to live in reality and unless you are confident in yourself, the path of life can never move forward.

See More: What is the meaning of China silence China is afraid of PM Modi?

Ratan Tata is a man of very humble nature even after reaching such a height today and believes that humility is a human Is the ornament of personality. Humility not only enhances our personality, but also sometimes leads to our success. Do you know what was the first job when Ratan Tata started his work after completing his studies? Coal and limestone fired in the blast furnace of Tata Steel.

But Tata did this work with full determination and where we have reached today is in front of all of us. That is why Ratan Tata always believes that no work is small or big, just the person should do it happily with full perseverance. Not only this, many obstacles will have to be faced in the way of life, instead of just retreating, fight it out firmly. Just as no one can harm iron but his own war can destroy it, just as no one can destroy a person except his own mentality. There are many success stories of Ratan Tata.

Ratan Tata has always believed that every day we have something We should not do anything, so that we do not have to face regret later. In the words of Ratan Tata, ‘On that day I will not be able to fly, that day will be the most desperate day for me’. So we should keep doing something every day only then we will get to see its result in the coming time. Ratan Tata believes that we should emphasize on establishing good relations with the people around us. If you are a businessman then trust your customers first. Faith is the most valuable capital in the world and it can prove to be very effective in making a person successful.

Ratan Tata who always insisted on doing something new in his life always believes that we should not run after anyone at all, Provided that we should try to do something different from other people, only then we will be able to stand apart from the crowd. Every person has some special qualities and talents, so every person should continue to try to identify the qualities and talents within them.

Ratan Tata believes that if you are having difficulty in doing something, then by doing it successfully and people become successful. Be suppressed Never run away from difficulties, where there is struggle, success is also there. Read stories of success and learn from it. Reading stories of success brings a new hope in human beings and they also aspire to do something big.

Biden said that now is the time to apply ointment