Home National AS THE PANDEMIC RAVAGES HUMAN LIVES AND ECONOMIES ACROSS THE GLOBE, THE...
National

AS THE PANDEMIC RAVAGES HUMAN LIVES AND ECONOMIES ACROSS THE GLOBE, THE BUDDHA’S MESSAGE SERVES LIKE A BEACON, SAYS PRESIDENT 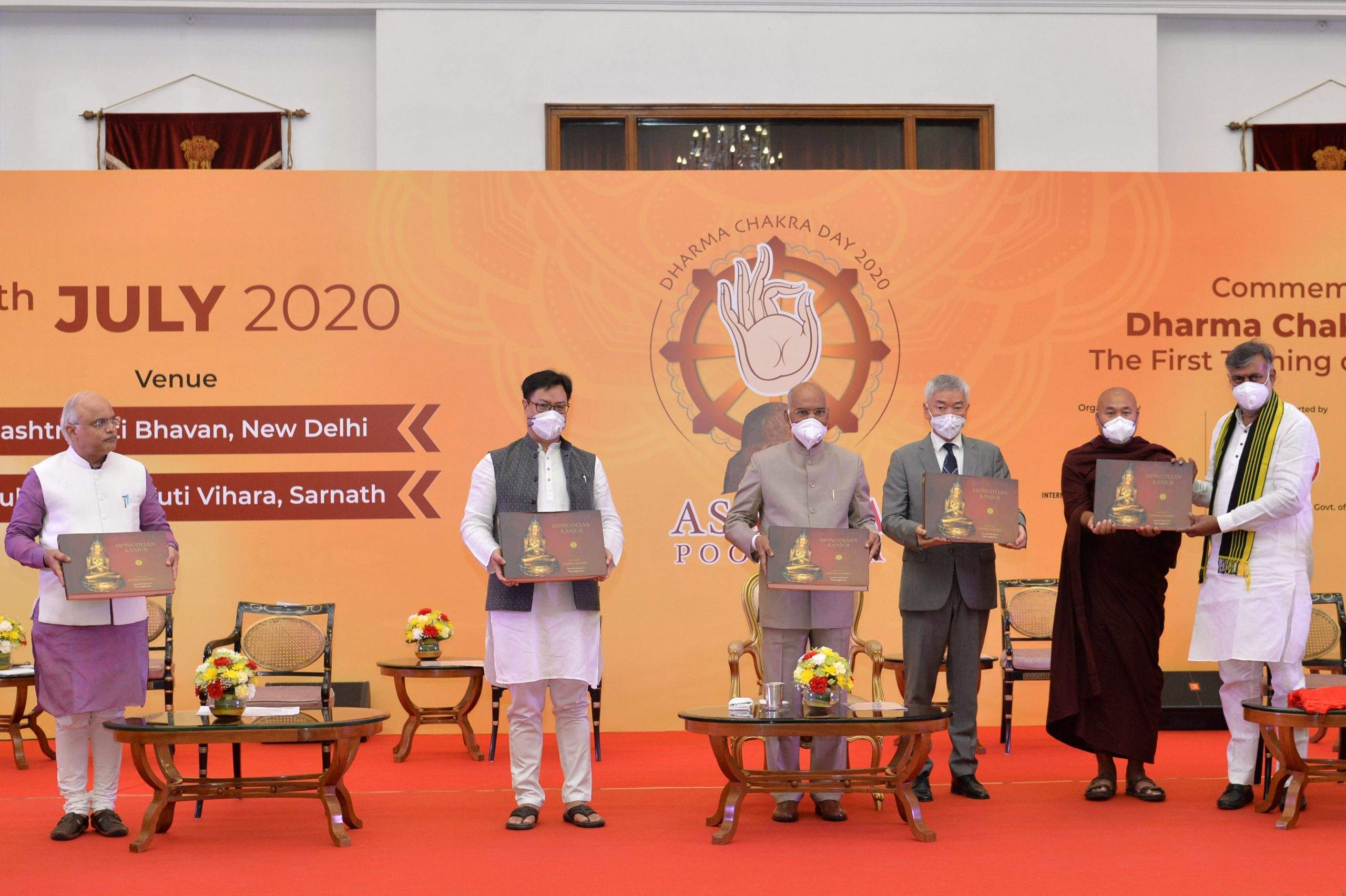 New Delhi: President Ram Nath Kovind said that as the pandemic ravages human lives and economies across the globe, the Buddha’s message serves like a beacon. Lord Buddha advised people to shun greed, hatred, violence, jealousy and many other vices to find happiness. Contrast this message with the hankering of an unrepentant mankind indulging in the same old violence and degradation of nature. We all know that the moment the virulence of Coronavirus slows down, we have a far more serious challenge of climate change before us.

The President was speaking at a virtual event organized by the International Buddhist Confederation on the occasion of the Dharma Chakra Diwas at Rashtrapati Bhavan today (July 4, 2020).

The President said that India is proud of being the land of the origin of the Dhamma. In India, we see Buddhism as a fresh expression of the sublime truth. Lord Buddha’s enlightenment, and the subsequent preaching by him for over four decades, were in line with India’s tradition of respect for intellectual liberalism and spiritual diversity. In modern times, two exceptionally great Indians – Mahatma Gandhi and Babasaheb Ambedkar – found inspiration in the words of the Buddha and went on to shape the destiny of the nation.

The President said that following in their footsteps, we should strive to hear the call of the Buddha, to respond to his invitation to walk the Noble Path. The world seems full of suffering, in short term as well as in long term. There are many stories of kings and affluent people suffering from acute depression who took refuge in the Buddha to escape cruelties of life. Indeed, the life of the Buddha challenges earlier convictions as he believed in finding a deliverance from suffering in the midst of this imperfect world.

New Delhi: With the call for ‘Chalo Dilli’ made by the All India Kisan Sangharsh Coordination Committee (AIKSCC)  farmers have been marching to the...
Read more
Crime

First case registered under the ‘Love Jihad’ Act in Bareilly, UP

BAREILLY: The first FIR has been registered in Bareilly in Uttar Pradesh under a recently issued ordinance to ban forced marriage, ie 'love jihad'. A...
Read more

Diwali being celebrated with traditional enthusiasm in Tamil Nadu

Attacking the Gandhi family, BJP spokesperson Sudhanshu Trivedi said the border dispute with China is more of a 'personal and unfortunate legacy' than a...
Read more