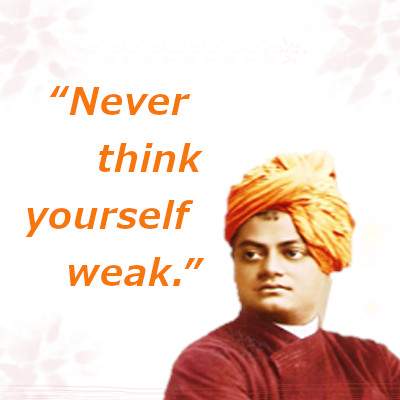 Swami Vivekananda Biography and Wiki: Swami Vivekananda was a great social reformer and a very inspiring personality of India. Vivekananda was called by the name Narendranath Datta.. He was born in Kolkata on 12 January 1863 to Vishwanath Datta and Bhuvaneshwari Devi. His father was a successful attorney. He used to practice meditation even from his boyhood, and was associated with Brahmo Movement for some time.

Vivekananda was born Narendranath Datta (shortened to Narendra or Naren) in a Bengali family at his ancestral home at 3 Gourmohan Mukherjee Street in Calcutta.

In 1871, at the age of 8, Narendranath enrolled at Ishwar Chandra Vidyasagar’s Metropolitan Institution, where he went to school for education until his family moved to Raipur in 1877. He completed his education within time. He was an avid reader in a wide range of subjects, including philosophy, religion, history, social science, art and literature. (Source Wiki)

Swami Vivekananda Jayanti: He was a paramount figure in Hinduism religion in India. His teachings on Hindu philosophy were core part of the Indian nationalist movement as it bought masses together to fight against colonial powers.

On 4 July 1902 (swami vivekananda death anniversary) Vivekananda went to the monastery at Belur Math &  meditated for three hours. He taught Sanskrit grammar & the philosophy of yoga to his pupils. At 7 in the evening, he went to his room and he died at 9 pm while doing meditation.

Swami Vivekanand Punyatithi : On his death anniversary i.e. 4th of July, here we have a list of his teachings and lessons that will surely inspire everyone to dream, spread happiness and encourage you to never give up. Jayanti of Swami Vivekananda is on 4th July.

1. “Neither seek nor avoid, take what comes.” Swami Vivekananda 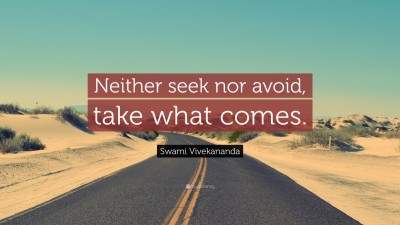 2. “Doing good to others is the one great universal religion.” Swami Vivekananda

4. “Be a hero. Always say, I have no fear.” Swami Vivekananda 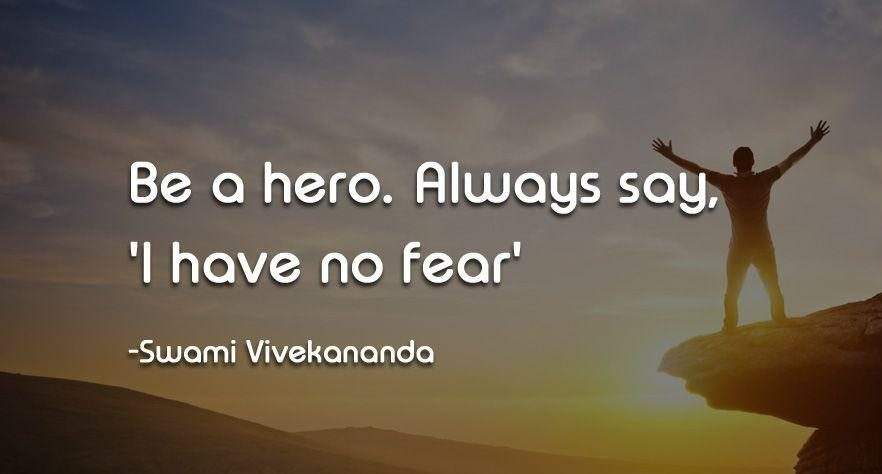 5. “Believe in yourself.” Swami Vivekananda

6. “The world is the great gymnasium where we come to make ourselves strong.” Swami Vivekananda.

7. “Do not wait for anybody or anything. Do whatever you can, build your hope on none.” Swami Vivekananda

8. “Learn everything that is good from others but bring it in, and in your own way absorb it; do not become others.” Swami Vivekananda

9.“We are what our thoughts have made us; so take care of what you think. Words are secondary. Thoughts live; they travel far.” Swami Vivekananda

10. “Your body is a weapon and consider it very strong. Consider your mind to be very strong as only with strong mind and body you will be able to cross the ocean of life. Have strong faith in yourself, your body and mind.” Swami Vivekananda.

11. “Let men have light, let them be pure and spiritually strong and educated, then alone will misery cease in the world, not before.” Swami Vivekananda

12. “All the negative thoughts and ideas that are in the world have proceeded from this evil spirit of fear.” Swami Vivekananda

13. “The reason for every misunderstanding is that we see the people as we are but not as they are.” Swami Vivekananda

15. “Anything that makes you weak, physically, intellectually, and spiritually, reject as a poison.” Swami Vivekananda

These are some famous quotes.

Facebook
Twitter
Pinterest
WhatsApp
Previous articleGuru Purnima 2020, Sawan, Chandra grahan(lunar eclipse), Drawing
Next articleAS THE PANDEMIC RAVAGES HUMAN LIVES AND ECONOMIES ACROSS THE GLOBE, THE BUDDHA’S MESSAGE SERVES LIKE A BEACON, SAYS PRESIDENT
Abid Ali
Sr. Content Editor & Social Media Manager at Janmat Samachar. Has Passion for writing about the Nation & the World and irrefutably telling about their issues to the masses.