Home Top Stories Biden vs Trump polls: Biden is ahead of Donald Trump in US
Top StoriesWorld 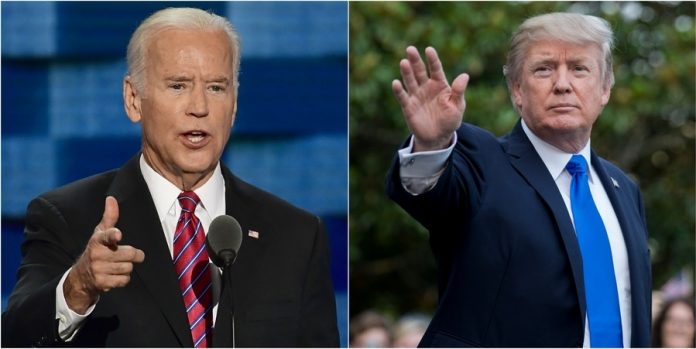 Biden vs Trump polls: In most national-level and state-level pre-polls of US presidential elections, Democratic candidate Joe Biden is ahead of President Donald Trump. According to The Hill News website, Biden was ahead of Trump in Michigan, Pennsylvania, Wisconsin, Florida, Ohio and Georgia on the eve of the election, while these states voted for Trump in the 2016 election.

At the same time, according to the Five Forecast Forecasting model, Biden’s chances of winning the election are 90 percent. Biden currently has 52 percent support nationally, and Trump has 44 percent support.

In Pennsylvania, both candidates threw their full strength at the last minute. The NBC News-Marriage poll gave Biden a 5-point lead on Monday. Meanwhile, RealClair Politics gave the former Vice-President a 4.3 percentage point lead over the President.

Trump campaigned in Michigan on Monday and Biden rallied with former President Barack Obama on October 31, with Biden leading by 7 percent in most polls. Likewise, Biden was ahead in most of the Trump vs Biden polls in US presidential elections.

RealClear Politics gave Biden a 6.6 percentage point lead over Trump, while the former president has a 94 percent chance of winning in this state, according to FiveHeritage. Florida is the making and spoiling state, with both rivals having a strong rivalry. A Quinnipiac University poll showed Biden ahead by 5 points in Florida.

In Minnesota, Ohio and Nevada the former Vice Presidents were leading by 4.3, 4 and 3.6 percentage points respectively. The NBC News-Marriage poll released on Monday gave 48 percentile points to both candidates in Arizona. Trumps were ahead of Biden by half a percentage point in North Carolina.