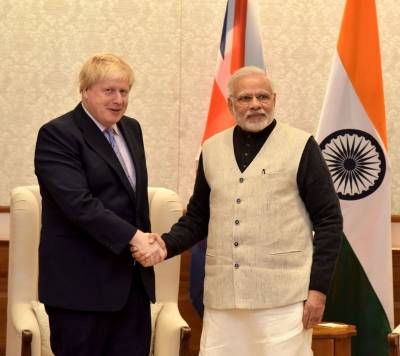 “Given the current state of the Covid, it has been decided by mutual agreement that the Prime Minister of the United Kingdom (UK) will not visit India next week,” an official statement from the Foreign Ministry said.

The statement also said that the two sides will hold a virtual meeting in the coming days to release plans for the changed India-UK relationship.

A spokesman for the Ministry of External Affairs said that the two sides will hold a digital meeting in the coming days, where plans for India-UK relations will be presented.

Johnson and his Indian counterpart Narendra Modi were scheduled to discuss future partnerships later this month.

According to the BBC report, the trip has now been canceled. Johnson’s India tour was scheduled for 26 April.

Downing Street further confirmed that the two leaders would meet later this year. However, no schedule has been released for this yet.

Washington| US President Joe Biden raised concerns over Iran's seriousness in Vienna on Friday. When asked at the White House whether he felt Iran was serious...
Read more
Politics