Johnson offers to help India build its own fighter jets 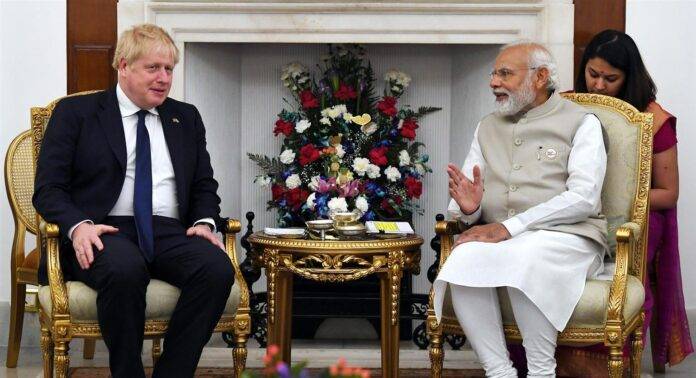 Britain says it will provide India with information on building fighter jets. This proposal has come at a time when the West is trying to distance India from Russia.

The proposal is being seen by Britain as an attempt to remove India’s dependence on Russia for its defense needs. Explain that India imports a large part of defense equipment including spare parts from Russia.

During bilateral talks with his Indian counterpart Narendra Modi, Johnson discussed ways to boost trade and security ties with India, which buys more than half of its military hardware from Russia.

The two leaders agreed to transform defense and security cooperation as a key element of the India-UK Comprehensive Strategic Partnership and to promote defense cooperation, including co-development and co-production, to meet the needs of the armed forces of the two countries. Opportunities discussed.

Experts believe that the move is expected to provide a much-needed boost to India’s ‘Make in India’ program in the defense sector.

The two leaders also held detailed discussions on co-production and defense technology, especially electric propulsion and jet engines of modern defense aircraft and other complex defense equipment, the Ministry of External Affairs said in a statement.

The two sides issued a joint statement to further intensify cooperation on cyber security, particularly in the areas of cyber governance, cyber deterrence and protection of critical national infrastructure.

They also agreed to cooperate closely to counter the continuing threat of terrorism and radical extremism.

Prime Minister Modi also expressed deep concern over the escalating humanitarian crisis and reiterated his call for an immediate end to violence and a return to direct dialogue and diplomacy as the only way forward.

“The world is facing growing threats from autocratic nations that seek to undermine democracy, stifle free and fair trade and trample on sovereignty,” Johnson said in a statement on Thursday after visiting Gujarat. want.”

Today on the occasion of Republic Day, the Rajpath resonated with the fervent slogans of patriotism