Home National Centre government move will make use of electricity a luxury for...
National 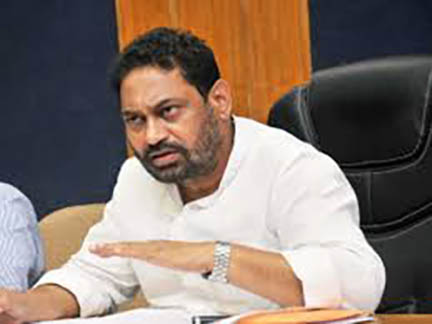 Mumbai: The announcement to privatise the state-owned power distribution companies by introducing multiple supply licensees in the content segment based purely on market principles would make the consumers vulnerable to gaming strategies by generators making power many times costlier and luxury for poor and middle class people in India, feels Energy Minister Dr. Nitin Raut.

While criticising the Finance Minister Nirmala Sitaraman’s budget announcement to privatise the state owned distribution companies, Dr Raut said corporate sharks would create monopoly in power supply business as it had happened in UK and other western countries where power had become highly expensive commodity for domestic consumers.

Dr Raut said farmers and people from low-income groups would be worst hit once the power distribution business was
segregated into the carriage (distribution network) from the content (electricity supply business) in the power sector. There would be multiple supply licensees who by gaming generation ( creating artificial scarcity by purposefully lowering the production of power) would hike the prices and would compel the consumers to purchase the costly power.

He said the BJP government was likely to amend the electricity bill deregulating the retail power business and would likely to dismantle the mechanism of providing cheap power to farmers, domestic consumers and economically weaker sections.

He said the consumers didn’t have knowledge about prevailing market rates of power and multiple choices. They would be subject to the tariff shocks due to the private suppliers. At the same time, they would not be protected by the regulator and would be left to the market mechanism manipulated by corporate sharks.

He said once it happened the cross-subsidies would be removed. The farmers and small scale industries would have to purchase costly power which would make their business economically unviable.

He informed that the international experience in UK , Argentina, Australia, Philippines and California where content and carriage business was operational had made power more costlier and beyond the purchasing capacity of poor and middle-class people.