CM Arvind Kejriwal launches Switch Delhi, an Electric Vehicle mass awareness campaign to sensitize each and every Delhiite about the benefits of switching to electric vehicles 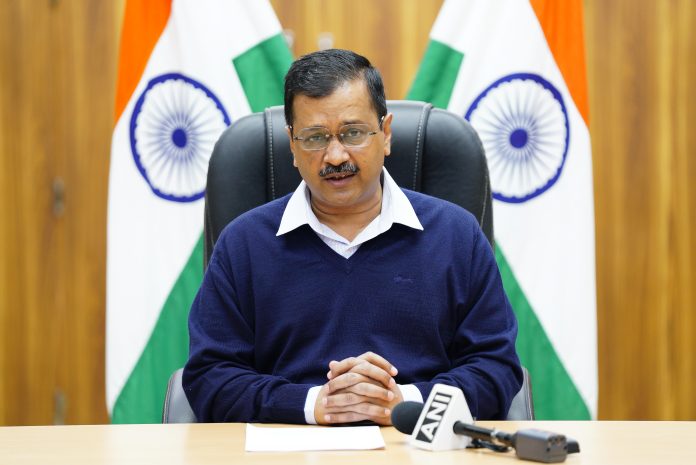 New Delhi: Chief Minister Shri Arvind Kejriwal Thursday launched the ‘Switch Delhi’ campaign today, a mass awareness campaign to sensitize each and every Delhiite about the benefits of switching to EVs to the environment as well as to make them aware of the incentives and infrastructure being developed under Delhi’s EV policy. While launching the campaign, CM Arvind Kejriwal said that Delhi has to turn its EV adoption movement into a mass movement, a ‘Jan Andolan’, to form a collective commitment to decrease pollution by purchasing EVs. The campaign aims at informing, encouraging, and motivating each and every person in Delhi to switch from polluting vehicles to zero-emission electric vehicles. He also said that the Delhi government has decided that all hired cars being engaged by various departments of the Delhi government will transition to EVs within the next six months.

On the occasion of the launch, CM Shri Kejriwal said, “Over the last year, the people of Delhi have fought a courageous fight against Corona. They overcame all odds to defeat three waves of Corona. While all the people of Delhi deserve credit for this, it shouldn’t take away our focus from the long-term challenges facing Delhi. One such challenge is air pollution. To address the vehicular pollution in Delhi, in August 2020, the Delhi government notified the landmark Delhi Electric Vehicle Policy. It has been called the most progressive EV policy in India and among the best globally. The policy was well-received because it sets an ambitious vision for Delhi to drastically reduce air pollution from vehicles and become one of the top cities of the world in terms of the adoption of EVs. Our vision is that by 2024, 25% of all vehicles in Delhi should be electric vehicles. If we can achieve this, imagine how much pollution it will reduce.”

CM Shri Kejriwal added, “Recognizing this urgency, Delhi government has rolled out the highest incentives on the purchase of EVs among all Indian states. Incentives on EVs range from a maximum of Rs 30,000 for 2 and 3-wheelers and up to Rs 1,50,000 on the purchase of 4-wheelers. This subsidy is received directly in your bank account within 3 days of the purchase. We have made road tax and registration fees also completely free on EVs. The policy has been created to promote the adoption of EV on a large scale. Since EVs cannot run on petrol, we are issuing tenders to develop 100 public charging stations spread across the length and breadth of Delhi.”

On the positive impact of the policy, Shri Kejriwal added, “Since the launch of our EV policy in August, nearly 6000 new EVs have been registered in Delhi. Maximum EVs have been registered under subsidies and the rest are in the process. This is not sufficient, we need to do much more to promote this on a large scale. We have to turn this into a mass movement, a ‘Jan Andolan’, which means that while purchasing any vehicle for our home, office, or business, it should be EV because of our collective commitment to decrease pollution. The efforts of the government alone are not enough, everybody has to come together. Vehicular pollution is the biggest source of pollution in the city.

CM Shri Kejriwal, while launching the Switch Delhi campaign, said, “To make people aware about Electric Vehicles, we are launching the ‘Switch Delhi’ campaign. This campaign will highlight the characteristics and benefits of EVs along with focussing on your role towards decreasing pollution in the city. I appeal to each and every vehicle owner in Delhi to switch from polluting vehicles to zero-emission electric vehicles and to make a commitment to purchase a vehicle that causes no pollution. I appeal to the RWAs and market associations to play a leading role in this mass awareness campaign by joining hands with the Delhi government in spreading awareness on EVs. I also urge delivery fleets and large corporates to set targets to transition their entire fleet to EVs and to set up charging points in your premises. I appeal to all malls, restaurants, and commercial shopping complexes to plan and create public charging points in your parking lots.”

“To lead by example, the Delhi government has decided that all hired cars being engaged by various departments of the Delhi government will transition to EVs within the next six months. I appeal to the youth of the city to let their first vehicle purchase be an electric vehicle.” CM Shri Kejriwal said

New Delhi| Delhi Police has registered an FIR in the Mundka fire case. 27 people have died in this incident. A government official gave this information. Giving information,...
Read more
Delhi

Mundka fire: Many people missing, and bodies are not being identified

New Delhi | The Mundka fire has stunned the whole of Delhi. 15 hours have passed since the incident of fire in the building, but still, some...
Read more