.
Home Politics These hidden secrets will be revealed on Galvan Valley...Click to know more!
PoliticsTop Stories 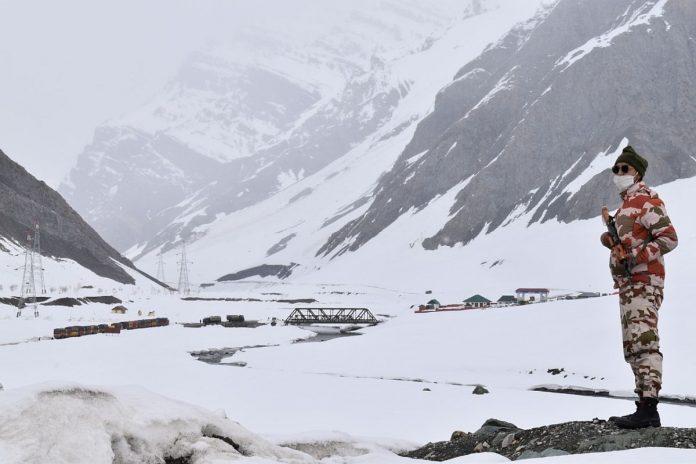 For the last four days I have been wondering what is the reason that our Prime Minister, Defense Minister and Foreign Minister have not uttered a word against China even though the common people of India have been murdered? They are holding anti-China protests everywhere, burning effigies of Chinese President Xi Chin Fing, Modi’s friend, demanding boycott of Chinese goods and teaching China a lesson. Watching the last-journey scenes of our 20 soldiers on TV channels, it hurts.

See More: Pakistani Maulana says that doctors and vaccines cant help, only Allah can save us from Coronavirus, Ask for forgiveness

Our leaders saluted his bravery and paid tribute to him, doing it well but the government has not yet clearly stated where exactly the skirmish between the Indian and Chinese soldiers took place, how far from the Line of Control and What things or actions happened between the soldiers on both sides, because of which something like this never happened in the last 45 years on this 3500 km borderline. I have always been an example of this peace or dignity of the Indo-China frontier to the Presidents, Prime Ministers and Generals of Pakistan.

I have been telling them that why should we not follow this tradition even in the case of Kashmir? Now it is a matter of satisfaction that the Foreign Ministers of both the countries have announced that peace will be maintained along the border and all matters will be resolved through negotiations. An even bigger puzzle is that the bloody struggle that started on the night of 15 June continued till 4 am and at 7.30 am the generals of the two countries sat down to talk.

This is a big secret. It should have been that after the killing of our unarmed troops, our guns,Guns and missiles should have started to fire. If the Chinese killed our soldiers with iron forks in sticks and broke the agreement to talk unarmed on the frontier, what was our army doing? Why did she not go there wearing similar sticks and wearing armor?

Where did our soldiers get arrested by the Chinese? Did their field or did it from our region? All these demands should be made in Parliament and the government should do a thorough investigation and present the report to the country. The life of our soldiers is invaluable.

Do not even know exactly how many Chinese soldiers were killed? China often tells the number of its dead soldiers, less hides more. According to an American espionage source, 40 Chinese soldiers have been killed, but according to an Indian satellite-image expert (satellite imagery expert) Colonel Bhatt, the encounter took place on June 15, 40 km inside China, on the Line of Actual Control. (L.A.C.) Is it true or false?

Only after the unveiling of all these mysteries, we have to plan ahead. India also needs to know the secret that it was a local and sudden incident or that it was done with the consent of the Chinese leaders, a misdeed, behind which there is a deep conspiracy

Raksha Bandhan festival will be celebrated across the country on August 3. Rakshabandhan is a symbol of sister-brother love. On this day, every sister ties...
Read more
Delhi

Today is 2 August (2 August, Friendship Day 2020). Friends, friendship is very laughable… isn't it! We all believe that there is no colour...
Read more
Politics

US President Donald Trump November US elections: After not getting support of his party. Donald Trump wants to postpone elections and avoid...
Read more
Top Stories

US Presidential Election: Trump and Biden to be held on 29 September, first presidential debate, second on 15 and third on 22...
Read more

It seems both customers and companies are becoming fiercely competitive in reaching ultimate heights of sarcasm this lockdown season, Twitter went ROFL post an...
Read more
00:00:57

Known for her versatility, Singer & Actor Deepti Sadhwani is heading up as a female lead in a new foot-tapping upbeat song Haryana Roadways this July with...
Read more