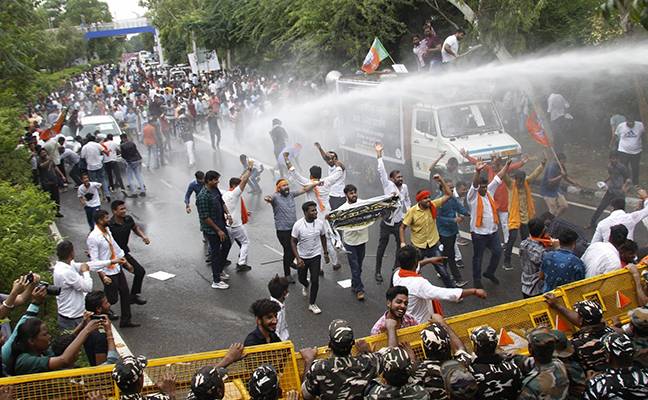 New Delhi| Hundreds of party workers are protesting at various places in the national capital over the Enforcement Directorate (ED) summoning interim Congress president Sonia Gandhi on Thursday. Delhi Police used water cannons to disperse the protesters who had gathered outside the party headquarters at 24, Akbar Road, who were trying to cross the barricades put up by the police.

Former Union Minister P. Chidambaram said that his party is opposing the ED’s summons to Sonia Gandhi. “The AJL-Young India transaction has been recorded in the books of account, returns filed by both the companies and income tax returns. Whatever the ED wants to know can be found in the records,” he said.

Congress party workers were seen pushing the barricades during the protest.

Party leaders alleged that the police were not even allowing them to protest against the government and were continuously harassing them.

A simple girl is best with good attitude