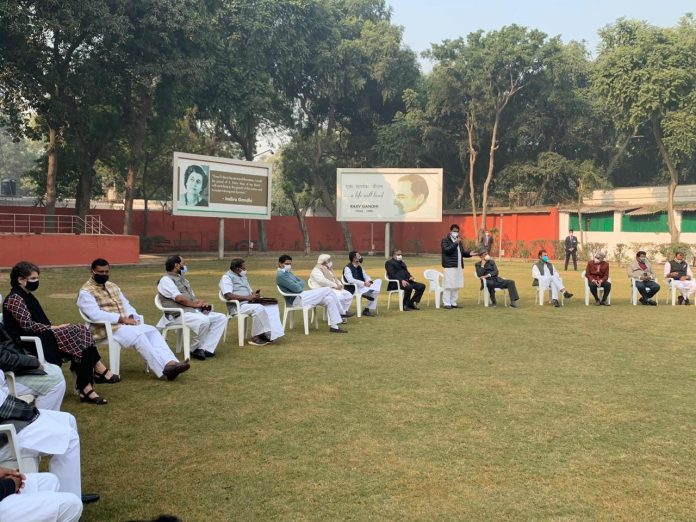 NEW DELHI| Former Congress president Rahul Gandhi took out a march with party MPs from Vijay Chowk to Rashtrapati Bhavan in Delhi on Thursday. All these were going to meet President Ramnath Kovind despite the police restrictions. Rahul Gandhi is going to give a memorandum of two crore signatures against the agricultural laws implemented in September to the President. Rahul Gandhi along with his sister and party general secretary Priyanka Gandhi Vadra started the march from the party headquarters here. During this period, senior party leaders Anand Sharma, Shashi Tharoor, Ghulam Nabi Azad, K.C. Venugopal was also present.

Congress has gathered 2 crore signatures as part of a nationwide campaign against three central agricultural laws. The memorandum addressed to the President contains signatures of farmers, farm laborers and other stakeholders who have been opposing these laws since the beginning.

The Delhi Police, however, has not given permission to hold the protest.

A senior police official said, “Only three people will be allowed to meet the president.”

Biophore India gets permission to make Favipiravir, a drug of Covid-19 from DCGI

We are going to win the election with a clear majority: Biden