Encounter in Jammu and Kashmir’s Shopian, a Lashkar terrorist killed 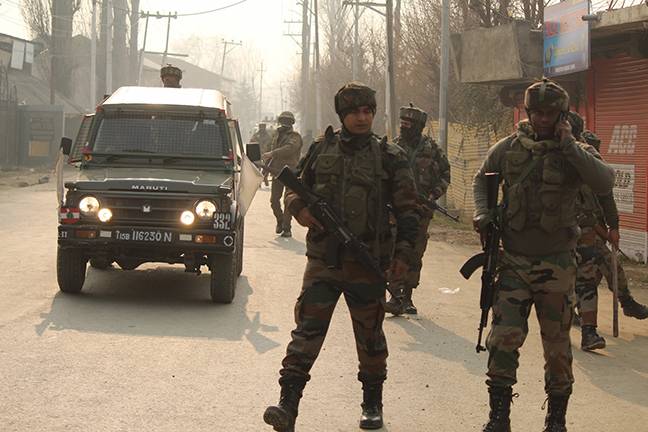 Srinagar| A Lashkar-e-Taiba (LeT) terrorist was killed in an encounter with security forces in Turkavangam area of ​​South Kashmir’s Shopian district. Police officials gave this information on Friday. Based on specific input regarding the presence of terrorists in the Turkavangam area of ​​Shopian, the police along with the Army’s 44 Rashtriya Rifles and CRPF launched a joint cordon and search operation.

“During the search operation, as the search party moved towards the suspected spot, the hiding terrorists fired indiscriminately at the search party, which was retaliated effectively, triggering an encounter,” the police said.

The terrorist has been identified as Muneeb Ahmed Sheikh, a resident of Tak Mohalla in Shopian district, who was associated with the banned Lashkar outfit.

“As per police records, the slain terrorist was a classified terrorist and was part of groups involved in several terrorist crime cases, including attacks on police or security forces and civil atrocities,” the statement said.

Incriminating material, arms and ammunition, a Chinese pistol, a magazine and five rounds have been recovered from the encounter site.

“All the recovered material has been taken on the case record for further investigation,” the police said.

A case has been registered in this regard and an investigation has been started.