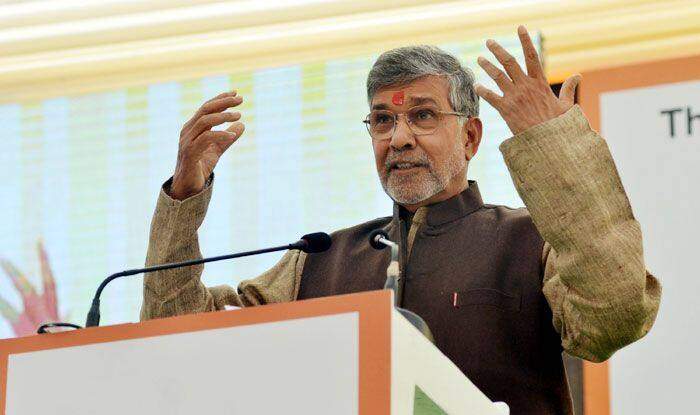 New Delhi: Ending child labour in all its forms in India, especially in the supply chains, will create an additional incentive for economic growth and enhanced international investments from companies. Economic growth cannot be achieved and sustained without eradication of child labour.” Nobel Peace Laureate Kailash Satyarthi said at a programme here today.

Pointing out that while the laws to end child labour exist, the collective resolve of the people can help overcome their lack of enforcement even as it should be the responsibility of the states.

Speaking at the programme hosted by the Ministry of Labour and Employment, V V Giri National Institute of Labour (NLI), International Labour Organisation and Kailash Satyarthi Children’s Foundation, where June 12 was observed as World Day Against Child Labour, Satyarthi said that “businesses can play a positive role in reducing child labour, directly impacting its demand”. The others who were present on the occasion were Union Minister for Labour and Employment Santosh Gangwar and International Labour Organisation (ILO) India Director Walter Dagmar.

Appreciating the steps taken so far by the government, Satyarthi said that if India hoped to achieve its global commitment to end child labour by 2025 as part of SDG Goal 8.7, it must establish a clear vision and roadmap, and act with urgency. Failure to act with urgency today, by governments, businesses, civil society and communities, will push millions of children into exploitation and adversely impact India’s economic growth for decades.

NEW DELHI| Former Congress chief Rahul Gandhi on Wednesday congratulated both he and the people of America after taking the oath of US President Joe...
Read more
Top Stories

Corona vaccine vaccination will start in the country from January 16

NEW DELHI| The Union Health Ministry said on Saturday that the much-awaited coronavirus vaccination campaign will begin on January 16. The ministry said in a statement,...
Read more