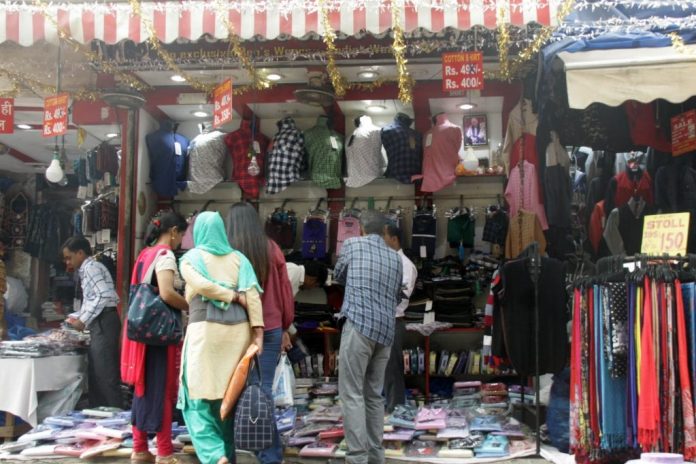 Current serious situation of Corona pandemic in Delhi coupled by the recent statement by Delhi Chief Minister Mr. Arvind Kejriwal wherein he expressed the possibility of 5.32 lakh corona infection cases in Delhi by end of July, has caused a huge stir in the business markets of Delhi. In the wake of this, the traders have become more fearful than before and keeping this in mind the Delhi Chapter of Confederation of All India Traders (CAIT) has begunan online survey among the leading trade organizations of Delhi seeking their opinion whether Delhi’s markets should be closed at present to bring down considerable numbers in projected figure of Corona cases in Delhi.

Secretary General of CAIT, Mr. Praveen Khandelwal said that in view of the rising cases of corona in Delhi and the ratio of corona testing and the absence of beds in hospitals in that ratio, CAIT has done this survey in Delhi on the basis of which CAIT will attempt to have comprehensive discussions with Union Home Minister Shri Amit Shah, Union Health Minister Dr. Harsh Vardhan, Lt Governor of Delhi Mr. Anil Baijal and Chief Minister of Delhi, Mr. Arvind Kejriwal with utmost seriousness on this matter. Our intent is to cooperate with the efforts of the Government to curb the Corona cases in Delhi-said Mr. Khandelwal. He further said that in the present conditions, there is a need for all sections and stakeholders including the government to come forward and make Delhi free from corona infection and its fear.

Mr. Khandelwal and Mr. Vipin Ahuja, President, Delhi State CAIT said that shops are definitely open in Delhi but business is only about 5-10 % percent. In wholesale markets, customers from outside Delhi are not coming, whereas in the retail markets, local customers are not coming at all, which is directly due to a large amount of fear from Corona and it is taking several days for getting testing done for Corona as also the problems in obtaining Beds in Hospitals. Considering this horrific situation, CAIT has sought the opinion of the trade organizations of Delhi. They said that a large number of opinions will be received by this evening, and then analyzing it, CAIT will hold a video conference with the leading traders of Delhi tomorrow and will take a final decision regarding the markets closure on the basis of consensus.

Raksha Bandhan festival will be celebrated across the country on August 3. Rakshabandhan is a symbol of sister-brother love. On this day, every sister ties...
Read more
Delhi

Today is 2 August (2 August, Friendship Day 2020). Friends, friendship is very laughable… isn't it! We all believe that there is no colour...
Read more
Top Stories

US President Donald Trump November US elections: After not getting support of his party. Donald Trump wants to postpone elections and avoid...
Read more
Top Stories

New Delhi: As per guidelines of MoHFW, few State Governments have sent the requisition to Indian Railways. Railways have allocated these coaches to the...
Read more

UP Board Result 2020 declared UP board 10th result name wise https://upmsp.edu.in

What is the meaning of China’s silence…China is afraid of PM Modi?

After the encounter in the Galvan valley, there is so much chaos in India and China. Our Foreign Minister, Defense Minister and the Prime...
Read more

The All India Minority Front (AIMF) has demanded that the Delhi govt waive off full electricity bills for people who have suffered economically due...
Read more